Sebastián Díaz Morales’s films and video installations consistently return to an examination of the linguistic and visual possibilities of narration. Influenced by South American avant-garde cinema, documentary approaches, and art films, Díaz Morales taps into the possibilities opened up by digital processing: the original video sequences become raw material for a practice that dissects the image and recomposes it.

Inherent to Díaz Morales’s narrative-documentary visual language is a deep-seated questioning of the ability to reproduce and capture reality in images. What is real or actual is not discernible as something external beyond the image, but rather as a synthesized reality that exists within the perceiving, thinking, and recognizing subject. 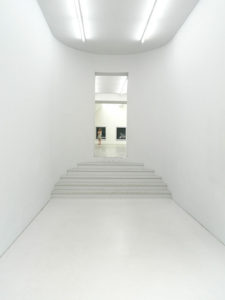