Erdal İnci’s lens frames, from above, a section of a town, kept hieratical using a fixed shot. Overcast grey hovers over streets and squares, as well as empty staircases, seen from a height, which almost makes the town appear like a map. The grandness of the general shot installs the expectation of epics, of a great event, into the image. The treatment of public space, too, seems to announce the emergence of a heroic, defying crowd and yet, this possibility is cut short by the emergence of groups of a different kind which, dispersed, roam the space defined by the camera.

The denial of this iconographic herd is joined, in the aural sense, of a lack of sound: silence increases the alienating effect produced by the movement of the human group, which emulates a supposed pack of insects propagated over the pavement, whereas a third group, made up of birds, takes on the air space in an orderly chaos.

Animality in movement underscores the fate of all things human, embodied here by rows of cloned men who mimic, both in disposition and movement, a haywire trail of invertebrate centipedes drawing choreographies on the aerial view. The various columns of bipeds disseminate along the shot, overlapping and stumbling into each other without interrupting their path once, making their crash impracticable.

The main figure is an unfolded being which problematizes the reality of singularity while denying the coordination of the group, the latter being split in factions of clones which deter, by way of their distribution and one-way, unwavering path, the power of the mass. The impossibility of collision, similarly, underlines the isolation the formations are in, unable to allow themselves to be affected by others even when they find themselves on their way.

After the agglomeration and invasion of the shot by some of these bodies their dispersion takes place, crowding the margins of the off-screen area or vanished below ground, that hidden place which is the domain of some insects, until reverting, in a loop, back to their deserted initial shot. Movement and pattern repetition, added to the video’s loop-like character that goes back to the paralysis of the pro-filmic space, gives the certainty of return after a mechanical. As a solipsistic misdirection, it could be a return to denied epics, accomplished fate, assuming thus aesthetics of disaffection. 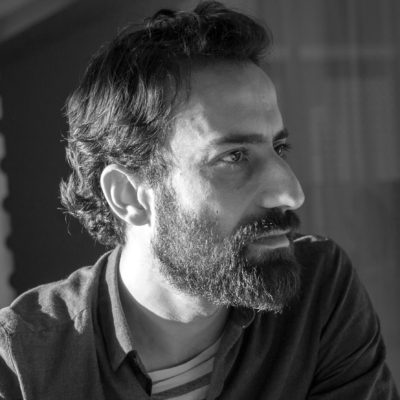 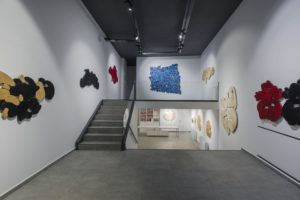