This multiple and decentralized exhibition, spread across several spaces and locations in the city, offers a new approach to the notion of landscape based on a perspective that goes beyond the simple issues of representation, nature or the environment that surrounds us, portrayed as a mere container. It is an urban walk of sorts, indomitable and always incomplete, with ramifications and possible stops, each of which delves into the questions implicit in our modern notion of landscape in its own unique way.

To this end, its reflection starts from the notion of “inappropriability” developed by Italian philosopher Giorgio Agamben in order to rethink the metaphysical idea of a world-at-hand (Vorhandenheit) that is transparent to the knowledge of mankind. Through a critique of the very status of the image – its ontological reality and its symbolic function -, the subversion of a merely reassuring narrative of Progress, or a return to a more existential and phenomenological temporality, the artists on display put forward a new, more spiritual, humble or affective way of Being-in-the-world, that is, entering into a relationship with the landscape, understood as that natural environment that man has often deemed to be a mere backdrop or a simple stage for humankind.

In the works of David Claerbout, Hans Op de Beeck, Guido van der Werve, or Michael Sailstorfer, for example, the landscape no longer appears as a setting or a horizon to be explored, as a whole that is alien to man or as a reserve of assets to be exploited, but as the symbol of the ontological significance of a state of the world (and of being), as a space, a thought that constantly eludes us, slipping between our fingers, inaccessible and untouchable, beyond the realm of use and utility in which we tend to categorize everything in this age of consumption and obsolescence. 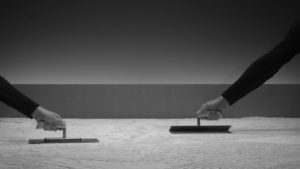 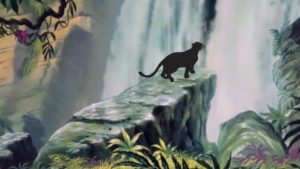 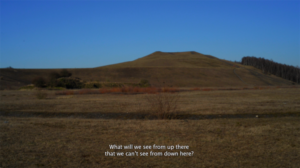 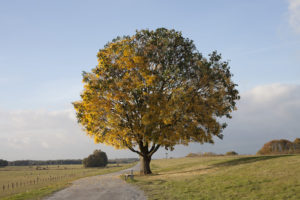 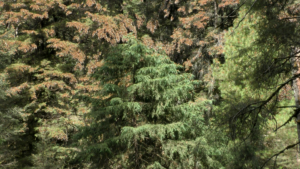