— Videocreation Award 2021 (Ex-Aequo) a Co-production of the Territorial Centres of the Public System of the Visual Arts Equipments of Catalonia, Arts Santa Mònica, the Department of Culture of the Generalitat de Catalunya and LOOP.

Winning project of the 7th Edition of the Videocreation Award, ex-aequo with 'Wind Palace' [Palau de Vent] by Lúa Coderch

Halfway between a documentary, speculative fiction and experimental cinema, this film starts from the fact that there is a past that has not made history. For this reason, it describes a number experiences basing itself on what we lack rather than on what has been documented about them. It is the potential history of a physician who revolutionized and politicized psychiatry at a critical junction in the 20th century, who worked with that which was precarious and unexpected, used film and the arts, was open to experimentation, to the insistence of the unconscious and to the gaze on the body the avant-garde movement would defend, changing our relationship with mental illness forever. This is a legacy that has been forgotten by Catalonia and the world and which opens a critical and self-critical space to reflect on this failure to remember.

This film has been elaborated thanks to the research of the project “The forgotten legacy of Francesc Tosquelles” funded by the MIR-PUIG Foundation and the ADHUC of the University of Barcelona.

Some scenes of this film have been made possible through a process of work with young people organized by the mediation department of the CCCB. 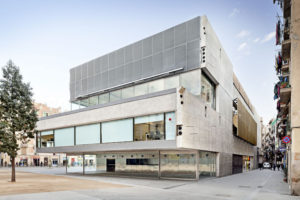 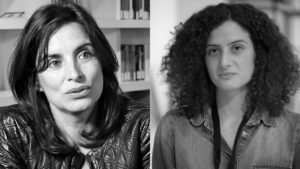