Dodda Maggý studied fine arts and musical composition in Iceland and in Scandinavia. Her audio-visual works explore the artistic language of the two mediums combined, sometimes mediated through performance, providing poetic works that carry a lyrical sensibility. Producing audio-visual installations, films, music, sound art or silent moving images, Dodda Maggý attempts to externalize the internal dimensions of dreams, memories and imagination. Her pieces often portray a highly personal emotionalism, sometimes using her own persona and voice as an integral part of the creative work. The creative methodological parallels of working in audio and visual media is a regular research subject of Dodda Maggý’s, as she tends to approach the visual in a musically composed manner, using timing, rhythm and flow. Her work has been widely exhibited in museums worldwide, such as The National Gallery of Iceland, The Reykjavík Art Museum, Scandinavia House in New York, Yale University in the US and Contemporary Art Society in London. 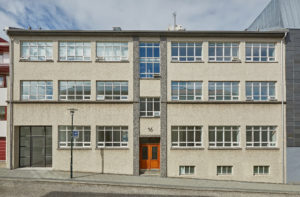