First Screen is a programme of monthly screenings of artists films premièrs at La Pedrera, Barcelona.

The works presented in the programme are either Spanish o European premiers and are adaquate for a cinemathic type of presentation. A delibarate emphasis was put to bring artists back to the movie theatre, and to use this exhibition model to present new works of video which were suited to this particular condition.

The presentation format relates to the criteria of the film programme, which involves tracing the exhanges and contaminations between confronted audiovisual territories.

Somnium (2011). Presented by the artist and Ricardo Devesa (architect, critic and editor)

Think about Wood, Think about Metal, (2011),  Presto, Perfect Sound, (2006) and Two Times  (2008). Presented by the artist and Elena Crippa (curator of Modern and Contemporary British Art at Tate Modern)

FORJA, (2011). Presented by the artist and filmmaker José Luis Guerin.

Cacotopía (20111) presented by the artists and curator Imma Prieto 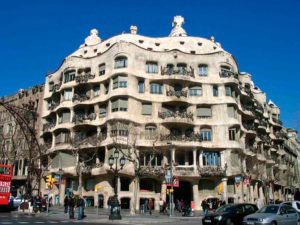