Ali Cherri is a video and visual artist based in Beirut and Paris. In his artistic practice he traces correspondences broadly between political and geological disasters in his native Lebanon and neighbouring territories. His work has been presented in museums and art spaces around the world, including Guggenheim New York, 2016; Sursock Museum, Beirut, 2016; the Centquatre, Paris, 2016; Sharjah Art Space, 2016; Saudi Art Council, Jeddah, 2016; MACBA, Barcelona, 2015; Museum of Modern Art, Warsaw, 2015; Gwangju Museum of Art, 2014; Tate Modern, London, 2013; Centre Georges Pompidou, Paris, 2011; and also in the 52nd Venice Biennial and the 2005 Manifesta in Amsterdam. His film The Digger was the recipient of the Copenhagen International Documentary Festival’s New Vision Award 2015. 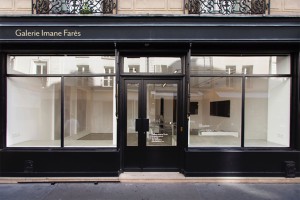