The museum was born out of Wunderkämmern, or “cabinets of wonders”, rooms where one could marvel at collections of strange and fantastic objects, displayed there for private enjoyment. As they developed, they were associated with the notion of the public institution, which originated in the Enlightenment and the French Revolution, when the treasures of the monarchy were exhibited for citizens’ enjoyment. To these were added objects from the Napoleonic campaigns and from the new waves of colonisation, which filled up the empty rooms of the recently created public museums. The rise of archaeology in the 18th century combined with these processes, developing simultaneously with ethnography during the colonial period of the 19th century.

In his work, Ali Cherri addresses all of these racist, colonialist and imperialistic implications linked to the origins of the museum. In Somniculus, he focuses on objects that represent “otherness”, organising a subjective route throughout those nineteenth-century institutions where national identity is constructed through contrast with that which is “different”.

Somniculus means “light sleep” in Latin. As if in a dreamscape, this work stages the imaginary world of slipping through a museum at night. We know it is Cherri who wanders the rooms, but the camera takes a subjective perspective, as if it were us who illuminated idols and objects with a torch in the deserted halls. Are the statues dreaming of us, then, or are we dreaming of them?

In this museum phantasmagoria, we first see a montage of eyes castrated by a violent blinding. The high-velocity sequence opens into a slow contemplation of African sculptures rising up out of the darkness of the Musée du Quai Branly, inevitably reminding us of the symphony of faces in the Marker and Resnais film Les Statues Meurent Aussi (The statues also died). And when we contemplate the funerary urns and the sarcophagi in the Egyptian collections of the Louvre, Ali Cherri himself appears, covering his face with bandages in self-mummification. In between shine the eyes of mounted animals in the Musée de la Chasse et la Nature, as if the tinkling of the light had lent them a stirring of the soul. Towards the end of the video we see the artist sleeping, his face superimposed upon the closed eyes of the racialised wax models of the Musée de l’Homme.

Eyes closed, eyelids open. Eyes that look, eyes looked upon. Sleep or half-wakefulness. Each of these metaphors is linked in order to suggest the awakening of objects when their audience disappears. This is the moment when magic objects, mummies for life eternal, or the desiccated presence of wild animals recover their original state as beings bearing a soul. 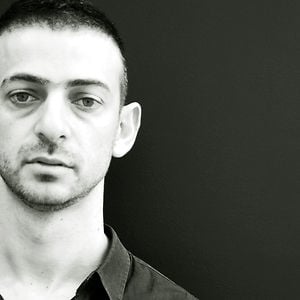