In 'Twin Tastes & Tongues', a split-screen footage of daily goings-on in Barcelona and Shanghai mappes out the encounter of the cities' differences and similarities and captures the blurred cultural lines of our global present.

Twin Tastes & Tongues by Miralda is a project that explores the relationship between Barcelona and Shanghai, cities twinned since 2001. Going beyond political agreements, a de facto mirror effect has been generated between the two locations. The starting point was the proposal Screen Projects produced for the Barcelona Pavilion at the 9th edition of Shanghai Biennale: a visual exploration of imaginary, traditions, rituals, political and organisational forms through food. Taking the tongue as protagonist – that most public and private organ, which in traditional Chinese medicine is believed to be an internal reflection of the body and, therefore, a decisive instrument for diagnosis – the project set out to reveal a cartography of flavours and ideas arising from the meeting of these two cities.

Twin Tastes & Tongues deploys the research processes, production strategies and stories that led to the installation in the Pavilion. More than a reproduction, the purpose here is to generate a space in which to interrogate the materials and processes related to Twin Tastes & Tongues, a living archive that allows for new perspectives on and re-formulations of a project that is by definition in constant mutation 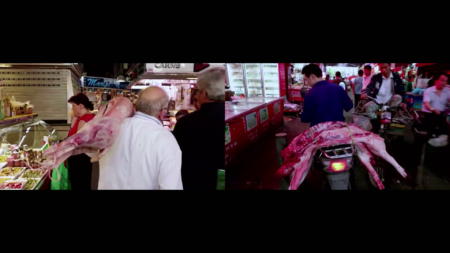 The film was shot in Barcelona and Shanghai in August and September of 2012 by a professional team led by Miralda, including Josep Maria Civit as Director of Photography. According with the time of the year and its correspondent calendar of feasts and traditions, the scenes depict late summer-early autumn production markets, more or less regulated; private and public kitchens and tables; different rituals involving libations, fasting or improvised banquets; gestures of sharing and giving coalescing different communities; tapas bars in Shanghai, dumplings in Barcelona, tracing the fluctuating presence and absence of one city in the other due to now global habits. 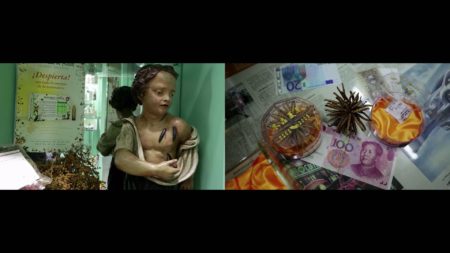 The composition of the piece is divided in two images-screens, one corresponding to each city. However the images flick and travel from one side to the other, thus visbilizing the similarities, diffences, frictions and blurring the borders between one imaginary and the other. Situated in the liminal space of the terrace glass walls, the work overlooks the city of Shanghai from the museum’s terrace and offers multiple standpoints from where to read it. It is composed a set of 20 tongue vynils which accompany a 9 meter LED screen in which a film visually summing up the experience from both cities was projected. Miralda’s project was selected to star on the Biennale’s opening night, being projected in a 24 meter long LED screen just for the occasion. 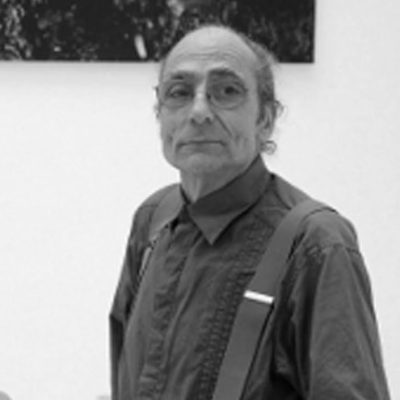