— A debate with Antoni Padrós and Valerio Carando, moderated by Lluis Miñarro

This cycle consists of the screening of three landmark films ofCatalan cinema, accompanied by a series of debates on the Spanish state’s failed transitions towards democracy. From the 1960s onwards, the most politically committed sectors of Catalan society received the cultural influence of other countries. Some filmmakers shifted from the official trends and began to produce a different type of cinema, both in terms of form and content. Pere Balañài Bonvehí (Barcelona, 1925-1995) was a rare filmmaker, the director of one, little-known film, representative of the changes that were starting to show in a society then governed by the Opus Dei politicians. Antoni Padrós (Terrassa, 1937) offers an anarchic and provocative outlook, produced in a marginalised situation and ignored by the cinema industry and the intelligentsia. Pere Portabella (Figueres, 1929) works to this day in proposals that protest against the status quo, exploring video’s many expressive possibilities.

Tuesday 30.05 – Antoni Padrós, 'Lock Out', 1973, 130 min
In this film, Antoni Padrós offers an anarchic and provocative look made from marginalized and ignored by the film industry and the intelligentsia. Both the characters and the situation film refer to the afflictions of the end of Francoism and expectations contestatory are mercilessly caricatured. 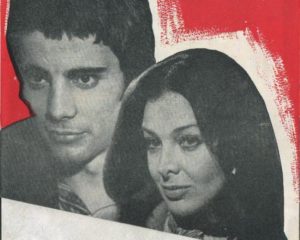 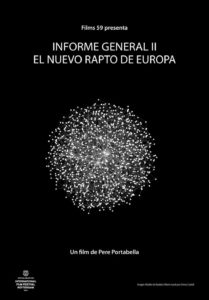