‘Música, mentides i cintes de vídeo’,(Music, lies and VHS Tapes) is a programme of talks with different specialist to debate and think about common issues relating to pop music and visual arts. The discussions centered on those moment when these artistic practices are reciprocally influence one another, and shape the field of experimentation, utopia and political incorrectness.

SESSION 1: Am I a musician in an artist’s body or an artist in a musician’s mind?

Abel Hernández. Musician and composer in projects like El Hijo, Emak Bakia o Migala, music producer and and author of the blog about music La Columna de Aire (www.elcultural.es), He is also art critic and curator.

Nando Cruz.Writer and cultural journalist. He, is a regular contributor in “Rockdelux” and El Periódico de Catalunya.

“Rock Art” is an ambiguous term, —and, for some, opposed to the nature of popular music—, which has been used since the sixties to define a broad subgenre that is characterized by its experimental tendency and some intelectual ambition, that sometimes generates its own feedback to the visual arts. It is not surprising that musicians like John Lennon, David Bowie, Brian Eno, Laurie Anderson, Michael Stipe or Kim Gordon were formed at art schools before turning to music.

SESSION 2: This is not MTV

Javier Panera (Moderator): Curator of the exhibition ‘This is Not a Love Song’

The video, faithful support of the record industry during the period of maximum expansion, has grown into a omnivorous monster that vampirizes visual art ideas, the cinema, comic or advertising. Yet their commercial factor has not prevented it becomes used by creators to circumvent the constraints promotional gender, appropriates aesthetics and visual deconstruct stereotypes advocating chains such as MTV to launch messages or parodic types critical.

Javier Panera (Moderator): Curator of the exhibition ‘This is Not a Love Song’

Some recent exhibitions have focused on the moments when pop music and contemporary art have intervened in the field of activism and political incorrectness. They reveal the potential of musical underground cultures to generate ‘alternative public spheres’. Within this context, both musicians and visual artists can become either actors of the hegemonic cultural system or critical agents able to produce small forms of resistance. 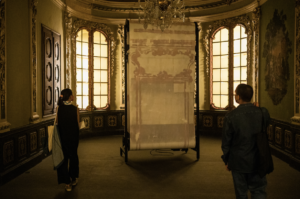 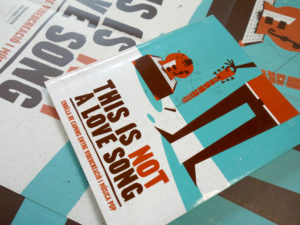 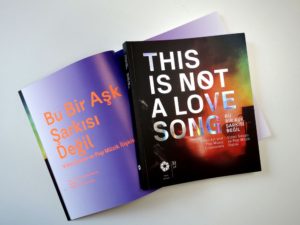 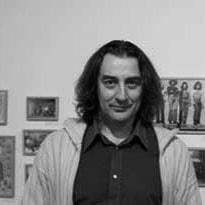 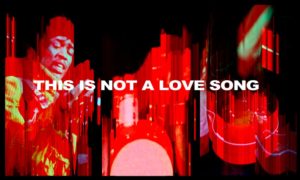 This is Not a Love Song