The third piece in Cnaani’s Greek Trilogy, OASIS explores the notions of home, longing, and cultural exile. Located on an industrial rooftop, “Oasis” portrays an annual ritual whereby a group of young professionals gather to celebrate a fictional tradition. Decorated with cut-outs of palm trees, camels, and other Romantic symbols of the East, the roof soon becomes an oasis – an isolated, vivid, phantasmagoric arena. Like a theater within a theater, the staged performance on the elevated roof is in itself part of a known dramaturgical ritual. A riff on Homer’s famous poem, “Oasis” questions the idea of coming home, of staying overseas, and of final returns. While the famous Greek epos traces Odysseus’s final return, this telling suggests that self-imposed cultural exile can become destructive for utopia. The annual ritual is a paper-thin simulation of a romantic home that exist in the community’s imagination more than across the ocean. “Oasis”’s ten minute mock-up is both touching and pathetic; the camera captures fictional rituals but reveals sincere questions about the possibilities of belonging and otherness. 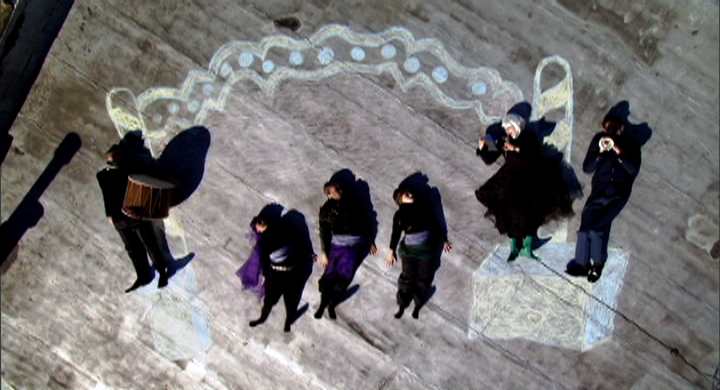 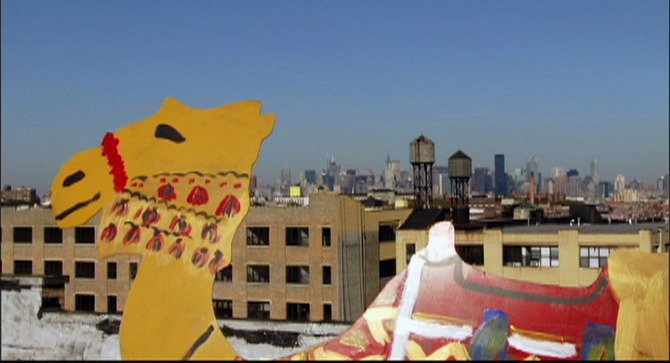 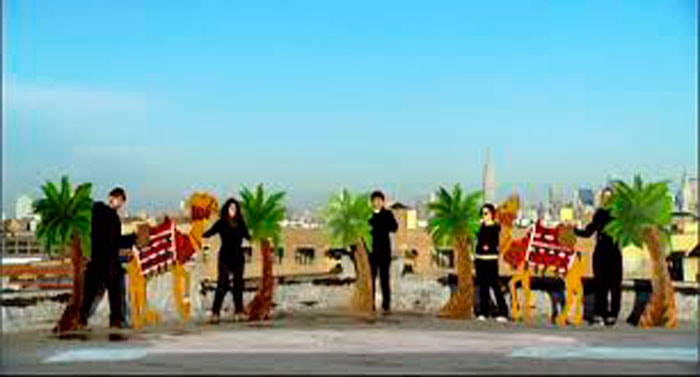