Stijn Demeulenaere is a sound-artist, a radio maker and searching musician. He holds degrees in sociology, cultural studies and studied radio at the RITCS, Royal Institute for Theatre, Cinema and Sound. Stijn was the curator and producer of the free form radio show ‘Radio Eliot’ on Radio Scorpio. He worked as an editor for Jan Fabre and worked as a journalist for Belgian national radio stations Klara and Radio 1 and for the independent radio station Radio K Centrale in Bologna, Italy. He was a founding member of the improvisation collective Karen Eliot.  Stijn is attracted to  sound because  of its  directness,  its  malleability, and its mystery. In sound he tries to unravel social structures, personal history and the unconscious imagination of people. He is currently working around the themes of the phenomenology of listening and the personal experience of sound. He develops installations, soundscapes and performances. Lately, Stijn has been increasingly involved with dance. He created the soundtracks for the dance pieces As It Fell  by Marisa Cabal and Stav Yeini, Vartaloiden Kaupunki  by Veli Lehtovaara and the theatre piece Secret Face by Mesut Arslan. Together with Georgia Vardarou and Marisa Cabal he created the site specific performance Sonic Theatres. Other collaborations included directors and video artists Ychaï Gassenbauer and Visual Kitchen. His work was shown or played in Belgium, the Netherlands, Denmark, Germany, Portugal, Italy and the UK. Stijn has been artist in residence at amongst others, Overtoon, Brussels (BE), Cimatics (Brussels, BE) and is currently artist in residence at the Kunstenwerkplaats Pianofabriek Arts Lab, Brussels (BE). His work was nominated for or a finalist at the 2016 Discovery Award at LOOP Barcelona, the 2014 soundscape composition prize of Musica and the 2016 European Sound Art Award. Stijn is supported by the Flemish Community. He lives and works in Brussels (BE). 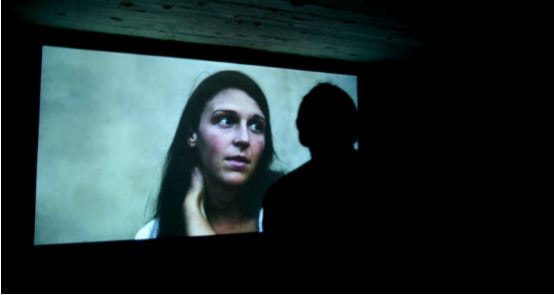 Nothing’s going to happen to us…