Nezaket Ekici (b. 1970, Kirsehir, Turkey) has been living in Germany since 1973. She holds a M.A in Art Pedagogy, and has studied Art History and Sculpture at the Ludwig-Maximilians-University and Fine Arts Academy Munich (1994-2000). From 2001 to 2004 she studied Performance Art under Marina Abramović at the Hochschule der Bildenden Künste Braunschweig. She received her Degree in Fine Arts and holds a MFA Degree, as well.
Ekici’s artworks derive from multiple subjects, including everyday situations, her dual-cultural background (Turkish and German), and art history. Her confrontations with the ordinary allow Ekici to explore the social and cultural atmospheres in which she operates. These confrontations are then translated and expressed as performances and installation art. She uses her body as a means of expression and investigation, and always keeps her works in context with the audience. Her aim is to create a situation in which all elements are connected together to form a whole work of art, a concept known as Gesamtkunstwerk.
The subjects she deals with are related to time, movement, space, material, body, action, and interaction. However, sufficient space is left for the viewer to elaborate on personal or cultural associations and new possibilities. Her work includes mainly performance, video and installation. She has presented more than 200 different performances in over 50 countries, more than 140 cities on 4 continents. 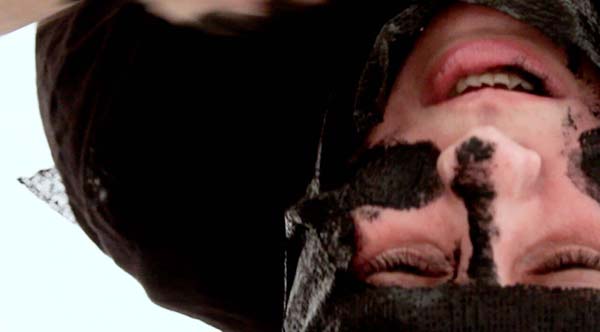