The partnership between Gisela Motta and Leandro Lima, born in 1976, began in the late 1990s. Since then, they have used different languages such as video, object and gambiarras, using patterns, measures, structures and their variations to create highly constructed situations. In them, natural, mathematical and artificial elements emulate organic behavior, synthesize natural phenomena and create a certain ambiguity, despite their apparent objectivity. It is precisely the ambivalent region between the synthetic of the natural and the natural of the synthetic that the artists exploit. The duo demonstrates that his work is not restricted to the discussion of his means, while each technical resource possesses latent expressive virtues and possibilities that can be mobilized or subverted by the artist. They took part in the exhibition Território de Contato – Tão Longe Tão Perto _ SESC Pompéia, São Paulo. Were finalists in the Nam June Paik Award 2012 in Germany, and were awarded with the prize Cisneros Fontanals Art Foundation, Miami. They were also selected by the Unesco – Aschberg Bursaries for Artist Programme for an artistic residency at Hiap, Helsinki, Finland, as well as the Artist Links – England / Brazil Programme, from the British Council for an artist residency in England. In 2014 they toke part on the international residence for the Vancouver Biennale in Canada and were award with a commission prize from Itaú Cultural. In 2016 they presented a solo show at Sesc Santo Amaro in São Paulo, and took part in the group show Soft Power at KAdE Kunsthal in Amersfoort, Holland. 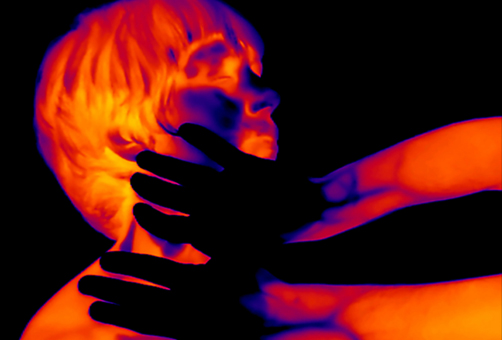