Estefanía Peñafiel Loaiza came to France in 2002 to continue her art studies, initially at the Beaux-Arts School in Paris and subsequently Lyon. She has constructed her work around the tension between the visible and the invisible. There is a game of appropriation and subversion that takes shape, for instance, in acts of destruction, expressed by pages with holes, erased ink, rubbed out images. There is also a game of reconstruction, represented by backwards reading and rewriting, which are perpetrated against images and language. This plastic dimension, however, does not exclude a political position that generates meaning. A vector of memory, the invisible mass of nameless persons—demonstrators, immigrants, extras and supporting roles in movies—is brought to light through traces that are themselves imperceptible. 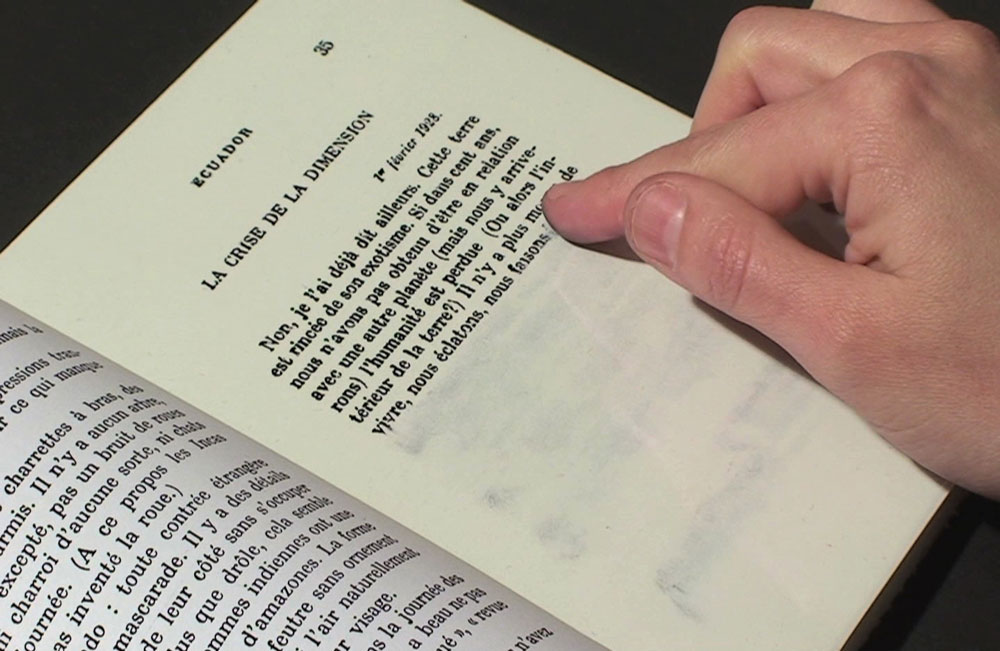