Xavier Bassas is a philosopher, translator and editor. He holds a PhD in French and Philosophy from the University of Paris IV-Sorbonne as well as from the University of Barcelona, where he currently teaches in the department of French Studies. He focuses on the study of phenomenology and its relationship to language as well as on the translations of the oeuvre of contemporary French thinkers , such as Jaques Rancière, Jaques Derrida and Jean-Luc Marion. He has translated numerous films and books  by Intermediate (J.-L. Godard, M. Duras, J. Rouch, Ch. Akerman, Straub-Huillet, among others) and has collaborated with contemporary artists. He is currently preparing the publication Vida i mort del llenguatge. De la fenomenologia a la política (2017). 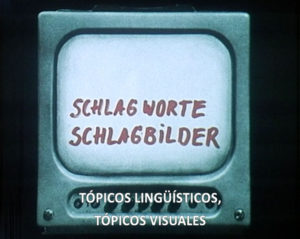 Testing the Voice (Over)