Vincent Fremont (California, 1950) began working for Andy Warhol shortly after arriving in New York in the summer of 1969.  For nearly twenty years until Warhol’s death in February 1987. Fremont was the Vice-President of Andy Warhol Enterprises and the Executive Manager of the Andy Warhol studio. In the 1970s and 1980s, Fremont produced and developed video, television, and film projects, including Vivian’s Girls, Phoney, Fight, Fashion, Andy Warhol’s TV, and Andy Warhol’s Fifteen Minutes. Since Warhol’s death in February 1987, Vincent was one of the Founding Directors of the Andy Warhol Foundation for the Visual Arts, Inc. He was closely involved in establishing the Andy Warhol Museum in Pittsburgh, guiding the selection of the founding collection. From 1991 to 2012 Vincent Fremont was the Foundation’s exclusive sales agent for Andy Warhol’s paintings, drawings, and sculpture and was involved in organizing many exhibitions with galleries and museums of Warhol’s artwork both in the U.S. and Europe. Vincent and his wife Shelly Dunn Fremont co-directed and co-produced an award-wining documentary entitled PIE IN THE SKY: THE BRIGID BERLIN STORY, which chronicles the life of Warhol Superstar Brigid Berlin. Presently, Fremont is President of Vincent Fremont Enterprises, Inc. He currently lives and works in New York. 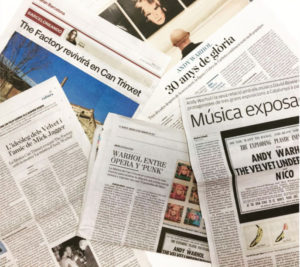