Ulla Taipale is Finnish curator, researcher and artist based in Barcelona and Finland. Her curatorial and artistic work is often situated at biological field stations, botanical gardens, zoological parks and cemeteries, building bridges between art and science communities and facilitating dialogue between artists, scientists, and the general public. She works as Art&Science Curator at University of Helsinki, Institute for Atmospheric Sciences and Earth System Reserach (INAR). In 2011-14 she was project manager of Biofilia – Base for Biological Arts at Aalto University. She holds a BSc in Environmental Engineering and a Master of Arts. Art&Science projects, exhibitions and workshops by Taipale has been shown internationally; at CCCB (Centre for Contemporary Culture of Barcelona, Spain) (2006-2008), Santa Mónica Art Centre, Barcelona (2006-7), Kiasma Museum of Contemporary Art (2009), Pixelache Festival (Finland) 2009-2016, at European Capital of Culture Turku2011 program, Fundación Joan Miró Barcelona (2018), 1000 Ecologies Biennale, Geneva (2019), among others. 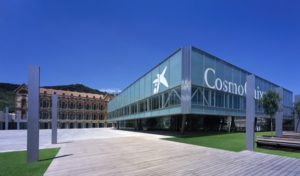 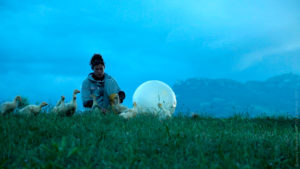 Moon Geese and Beyond – blending art and science