Malcolm Le Grice studied painting at the Slade School of Fine Art, London, and began to make film, video and computer works in the mid-60s. Together with David Curtis, he founded the London Film Makers Cooperative in 1968. Out of the Co-Op emerged Filmaktion: a group of radical performance artists and filmmakers, of which Le Grice was part. 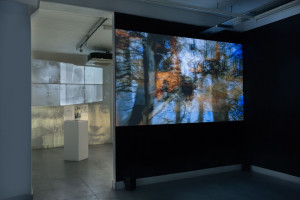