Joumana Asseily is the founder and owner of Marfa’ Gallery (https://marfaprojects.com), a contemporary art gallery in Beirut, Lebanon. Joumana studied art and architecture at Penninghen, Academie Julian in Paris. Since her return to Beirut in 2006, she has supported non-profit art organisations such as the Arab Image Foundation, Ashkal Alwan where she joined the committee board, and the Beirut Art Center with several shows.

Realizing that the blooming art scene in Lebanon was calling for new spaces dedicated to idea-based projects, Joumana decided in October 2015 to start from scratch and founded Marfa’ Gallery in Beirut. The gallery and its projects are built upon a desire of dialogue and collective thinking, the space is located in two garages in the customs area in the Marfa’ neighborhood, which means port in Arabic. In a short five years the gallery has done over 15 shows with 12 internationally recognized artists, and exhibited in many art fairs around the world such as Art Basel, Switzerland, Frieze London, Artissima, FIAC, and Paris Internationale. 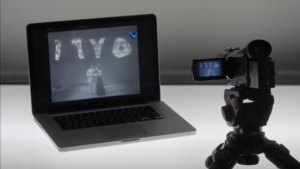