Regarded as one of the most relevant contemporary artists in the field of Video art, Hito Steyerl (Munich, 1966) approaches current themes in her work, for instance the impact the proliferation of images and the use of the Internet and technology have on our lives. She uses these issues as a starting point for developing, not just through her video pieces but also through writing and essays, critical work about control, surveillance and militarisation, migration, cultural globalisation, feminism and political imagery, questions she believes have the capacity to create realities.
Employing humour as a tool for creating video narrations, and in a style that at times touches upon the everyday, the work she constructs enables an in-depth analysis of the way the current consumption of images and new forms of accessing information condition communication channels.
The work of Hito Steyerl, one of the representatives of the German Pavilion at the 2015 Venice Biennale, has been exhibited at various collective shows, for instance Documenta 12, in Kassel (2007), and the 13 th Istanbul Biennial (2013). Recent solo exhibitions include the one held in the Chicago Art Institute in 2012 and those organised by the Van Abbemuseum, Eindhoven, and the Institute of Contemporary Arts (ICA), London, in 2014. 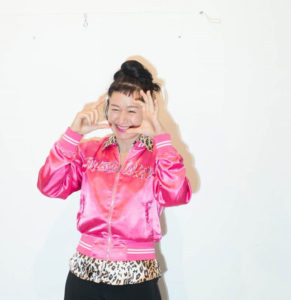