Amanda Masha Caminals is founder and co-director of the platform Translocalia, where she develops its network of creative professionals and curates projects in urban contexts in collaboration with artists engaged in participatory practices. As an independent curator, she recently directed the project CITY STATION, part of the exhibition After the End of the World at the Centre for Contemporary Culture of Barcelona (CCCB). Prior to that, she worked in cultural institutions including InIVA and Autograph ABP in London and Casa Triângulo in São Paulo. She curated shows such as Stephen Dean: Jugglers (Casa Triângulo, São Paulo) or INTERSTITIAL ZONES (The Showroom Gallery and Matt’s Gallery, London) and Black Spring, A project for people I don’t know or Chora in the urban contexts of Lahore, São Paulo and London. She holds a BA in Humanities from Pomepu Fabra University in Barcelona, a Degree in History of Art from the University of Barcelona and an MA Hons in Curating Contemporary Art from the Royal College of Art in London. 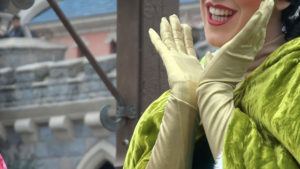