Through a wide range of activities, including exhibitions, screenings, performances and a programme of talks, this year's edition of LOOP will analyse the work of contemporary artists and filmmakers who are contributing to shaping the cultural debate and critical thinking around outer space. At a time when our daily lives are irretrievably tied to technology and unstoppable industrial progress threatens the future of life on Earth, it is worth considering space exploration from different cultural, social and creative angles. If more distant stars can be a tool to rethink notions of territorialization and colonization, they can also encourage reflection on the relationships between micro and macro structures and fiction and other possible futures.

In his 1965’s collection of twelve short stories titled Cosmicomics, the Italian writer Italo Calvino narrates the adventures of an always-extant and singular being named Qfwfq as he deals with disparate events in the history of the Universe. While departing from a scientific fact (e.g., the shape-shifting matter of space, the distance between galaxies, the effect of gravity on mobility…), Calvino creates a series of entertaining and fictional accounts that speak true to universal emotions and humans’ preoccupations, all recurring themes in his oeuvre: affection, conflict, love, doubt and understanding.

Anything other than simplistic narration, the Cosmicomics take speculative fiction on outer space as a starting point and treat it as a creative tool to better understand life on Earth. In its ever-mutating, yet sometimes clumsy personality, Qfwfq then comes to incarnate a fascinating character, with whom the reader easily empathises, and the whole collection a perfect metaphor for human existence. 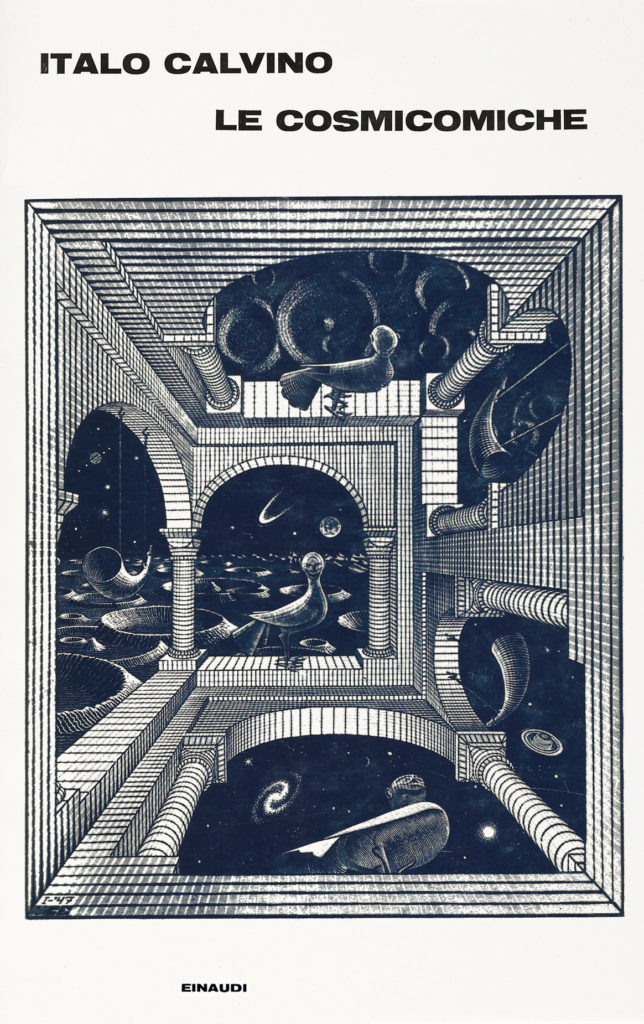 Cover image for the Cosmicomics by Italo Calvino, a collection of short stories first published in Italian on 1965.

Not the first example of the kind in literature (earlier contributions indeed can be found in Francis Godwin’s The Man in the Moon – 1620, Cyrano de Bergerac’s Voyages to the Moon and the Sun – 1657/1662, or Jules Verne’s Voyage to the Centre of the Earth – 1865), it testifies to art’s old fascination for science and the space as vehicles to the imagination and representation of other possible ‘worlds’ and utopian alternatives to our own.

Yet space is not only a place for imagination, or the subject of certain utopian ‘grand narratives’. The classical interplay between art and outer space, also resonating to the history of cinema and the visual arts, is indeed further justified by the belief that a creative approach to science can engender the formulation of new systems of thoughts, thus paving the way to social critique and a deeper understanding of the world we live in.

As stated by the late American novelist Ursula K. Le Guin in her acceptance speech at the 2014’s ceremony of the National Book Awards, writers, and artists at large, have indeed the invaluable opportunity to be “realists of a larger reality” and “to see through a fear-stricken society and its obsessive technologies”, – somehow responding to those reductive counter-arguments that would read speculative fiction and the study of space as pointless distractions from more pressing issues on Earth.

In the year of the 50th anniversary of the moon landing, the next edition of LOOP will then present the work of contemporary artists and filmmakers that are contributing to shape cultural debate and critical thinking around outer space, looking at the furthest stars / the wide beyond as an excuse to explore notions of territorialisation and colonisation, geopolitical conflicts, climate change, the progress in technology and the more philosophical relationship between micro and macro structures. 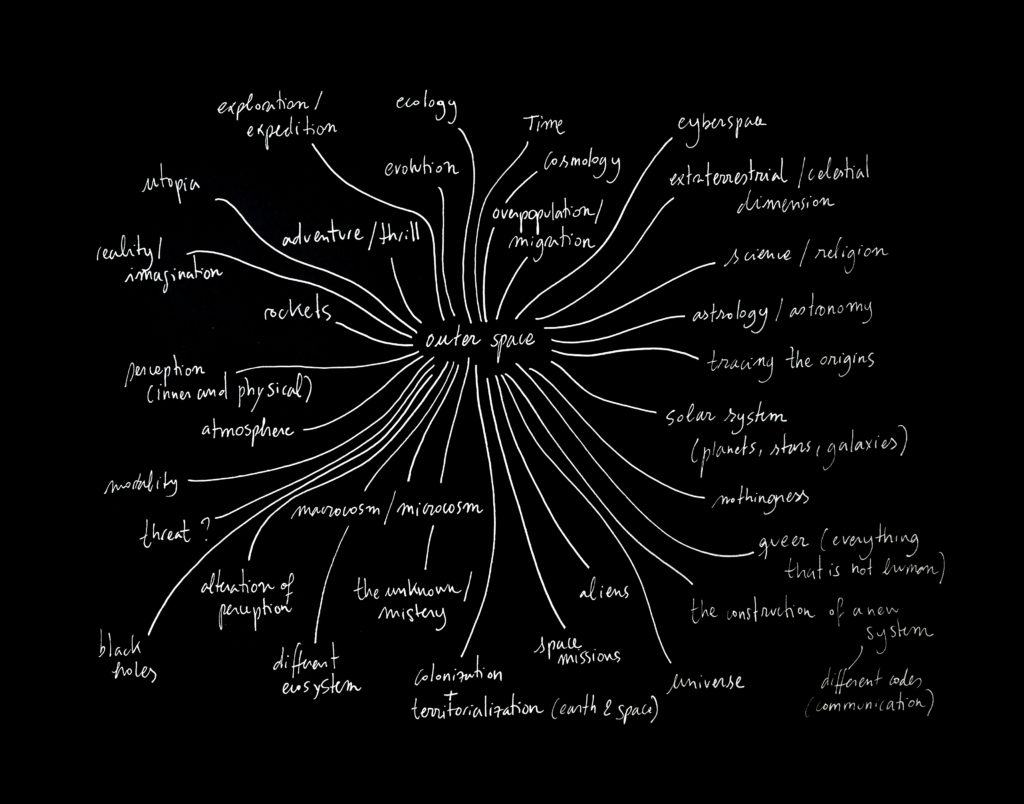