On Foreign Made Soles

The work On foreign made soles addresses migrations, displacement and a perpetual conflict between longing and the criticism of a lost home. This video re-enacts a very private, yet common, fantasy of people who never returned to their hometowns: the possibility to go back home even if for a little while.
In June 2015, Ira Eduardovna travelled to her hometown Tashkent, in Uzbekistan, for the first time since she left in 1990. She filmed a project in collaboration with Ilkhom Theater, and a cast of seven local actresses. In the video the actresses play versions of Eduardovna performing her homecoming. The actresses, being local women who never left Tashkent, add their own interpretation and improvisations to the scene. The original score of the piece responds to the progression of the story: in the original seven channel installation each one has its own repetitive score, musical instruments proliferating as the actresses/channels increase.
The historical and political implications are exceedingly prevalent for this project, as the migration in 1990 was a controversial issue in Uzbekistan. Some blamed the migrants for “betraying” the country, while others seemed inclined to follow them. In dialogues with local people that still live there, many expressed sadness and frustration about being abandoned by the migrants. A trauma feeling is present on both those who left and those who were left behind. 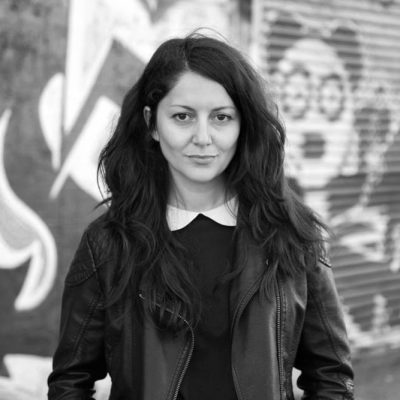 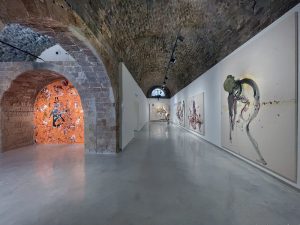