Produced over seven years, Melanie Manchot’s ’11/18′ is a nine-channel video installation, composed of edited footage collected from filming the same person every month for the duration of one minute, recording her countenance between the ages of eleven and eighteen. Employing the restricted palette of a studio portrait and filming on analogue Super8 filmstock the work becomes an enquiry into time, duration and commitment. Investigating the boundaries between documentary and fiction, ’11/18′ comes forth as a study on the notion of subjectivity, where its constituting parts surface as gestures and mimicry. The portraits fade in and out, displaying the changes that Manchot’s subject has gone through, as her appearance and ways of relating to the camera alters. Manchot’s subject responds to the camera, as if she is responding to someone familiar and to something uncanny. ’11/18′, thus emerges as a quest for identity and character, whilst pronouncing its inexplicable and ever-changing nature. 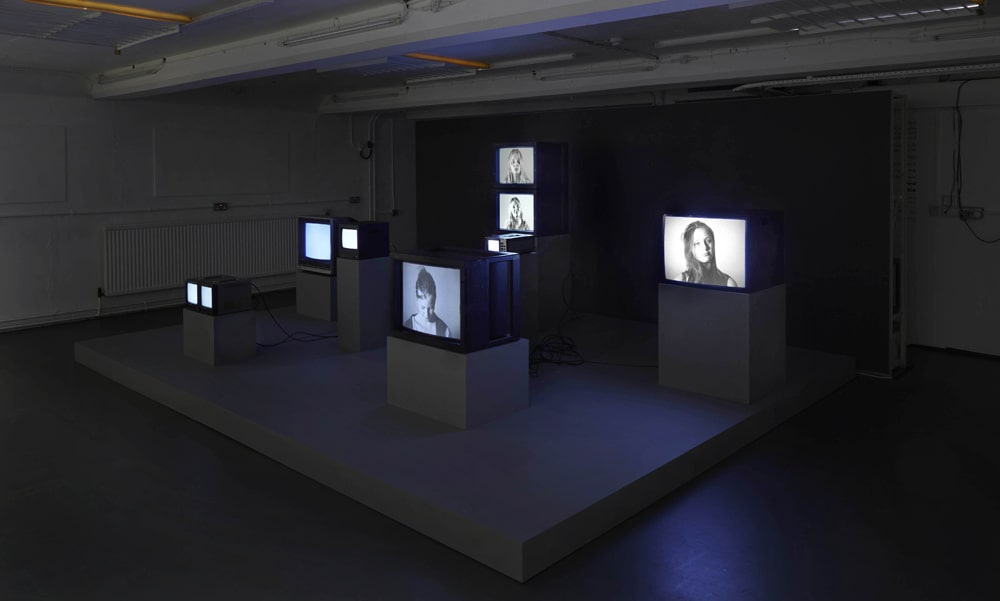 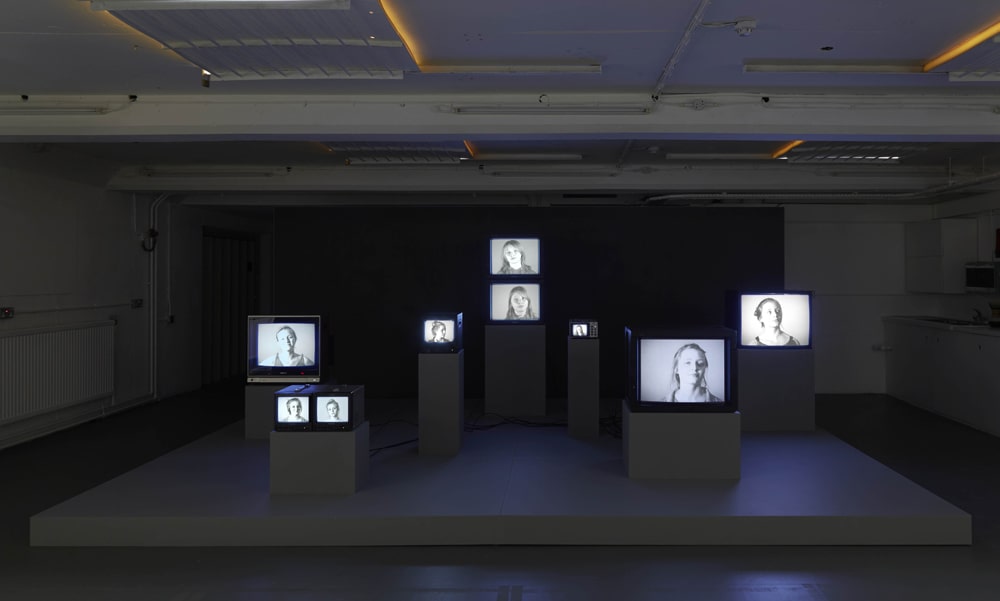 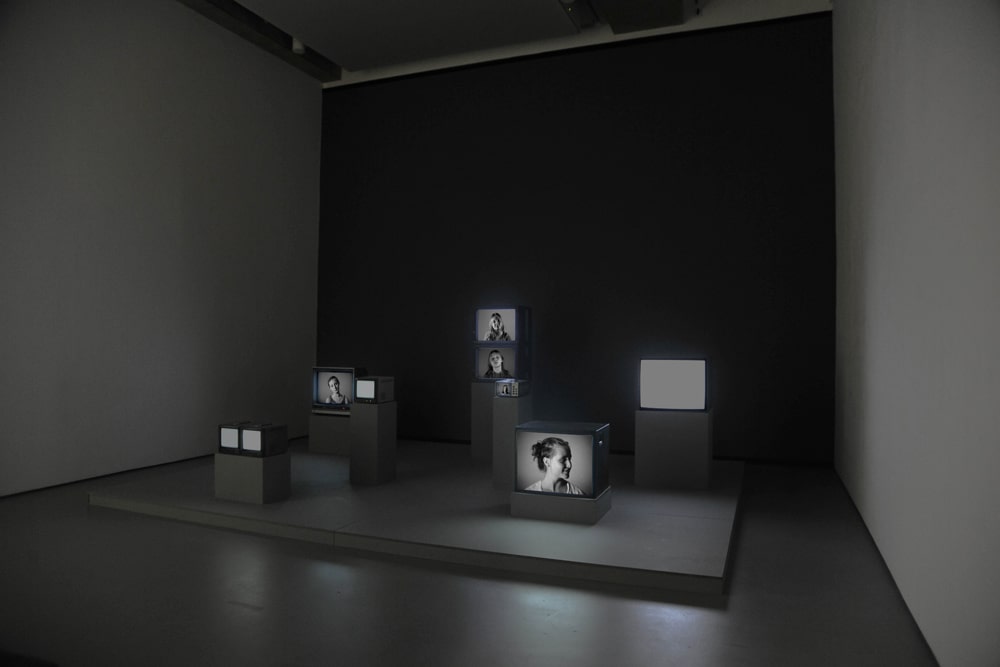 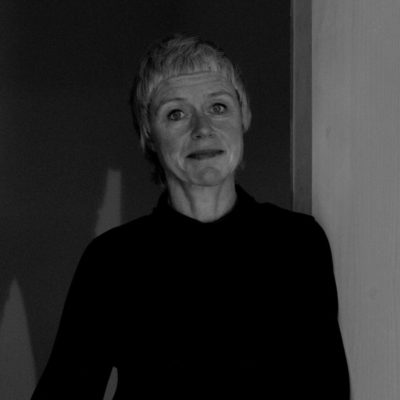 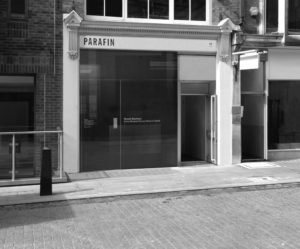