— A presentation by Daniela Zyman On the occasion of the presentation of What Is Deep Sea Mining? by Inhabitants, 2016, Commissioned by TBA21–Academy

We live in a time of radical transformation. The ways we understand the world and the means by which we understand it are under revision. Which we? – becomes ever more urgent to ask; a question directed at many others and earth’s others. Taken seriously, all these others force us to reconsider again and again the role and agency of institutions and the position institutions take vis a vis mounting injustices and newly imagined communities of care. How can institutions re-socialize what has been slowly privatized? How can they bring together the science lab, the artist studio, the university, the activists’ wisdom of the street, the common’s daring proposition of shared possession? Which languages and ways of knowing are they representing? These questions point to the difficult challenges for institutions such as TBA21 which dare to participate in the current debate on the political ecologies of the future.

What Is Deep Sea Mining? a series of five online video clips by Inhabitants TBA21–Academy engages, once again, with the rising stakes marking the crossroad at which a new technology, the mining of the deep, is being launched as a legalized economic exploitation against the weak and defenseless logics of ecology. The talk will unfold as a series of arguments and case studies, to test how curatorial and artistic praxis can mobilize localities, bodies and voices and imagine ways of working and living together in “catastrophic times.” 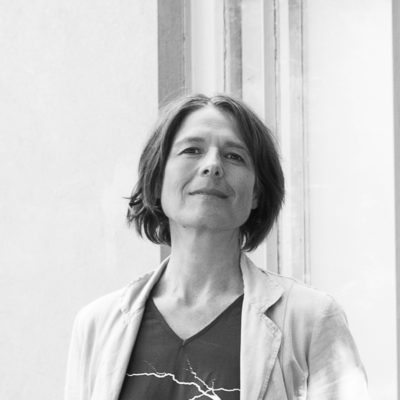