The Daily Practice (Rio) is a simple video recording of the activity of two boxers in a club on an afternoon in Rio de Janeiro. The film shows the practice of training of a modality that is usually connected with violence. The scene takes place in a city that is also known for its crime and gang wars. But in this short film no violence can be seen or even felt. Two men, one black and one white, are training peacefully in the small club, as they do every afternoon. The practice of boxing is also connected, in the mind of the director, to the daily practice of photography. Both deal with the necessity of being alert, of being aware, of being ready for the decisive moment. Violence has nothing to do with it. 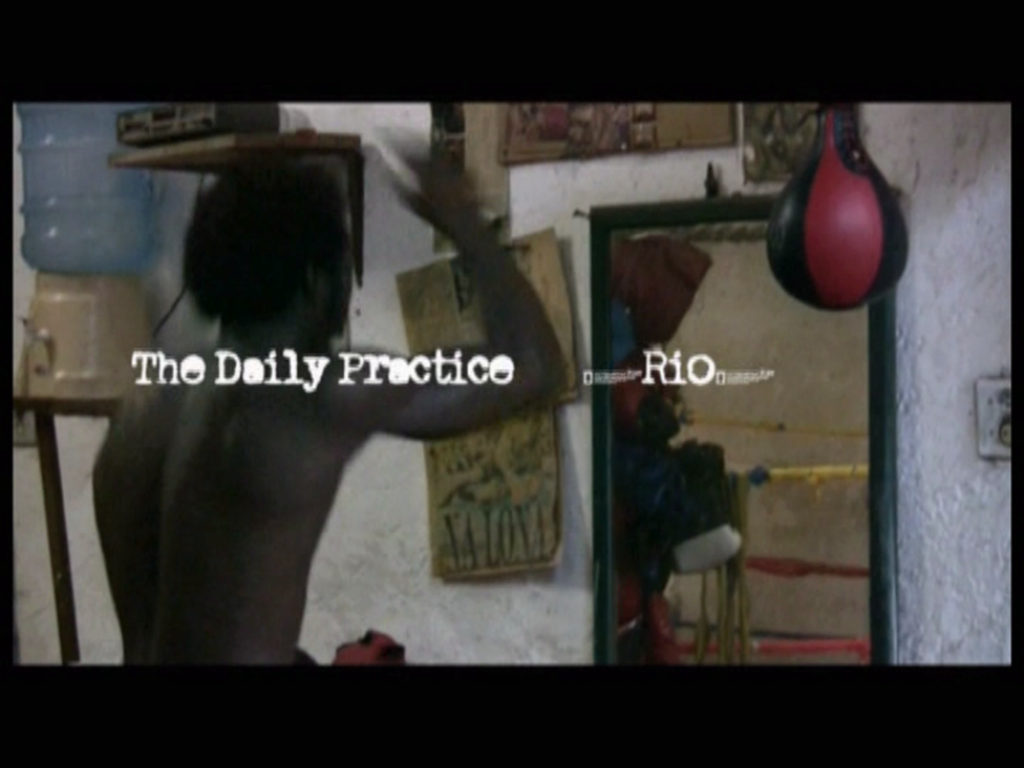