Gabrielle Le Bayon is an artist filmmaker, who’s work is centred upon the relationship between myth and landscape as the trace of History. Her work engages with language and territory, which like material or memorial archaeological layers retain the mythologies of the past, exploring areas of resistance within our everyday environment and interactions in the process. In her films, landscapes, people and myths come together in images that are combined with voice-over texts from interviews and readings. This dense relationship between image and text creates films, in which classical, narrative elements are combined with the filmic tradition of the ‘essay film’. Le Bayon studied at London College of Communication and Royal College of Art in London. She has shown work at places such as MOCA Hiroshima (solo show); W139, Amsterdam; International Film Festival Oberhausen Seminar with LUX (UK) & Flaherty Seminar (USA); Visions du Réel, Nyon; ICA, London; MAMBA, Buenos Aires. In 2017, she was awarded a Visual Art Fellowship with the Civitella Ranieri Foundation. 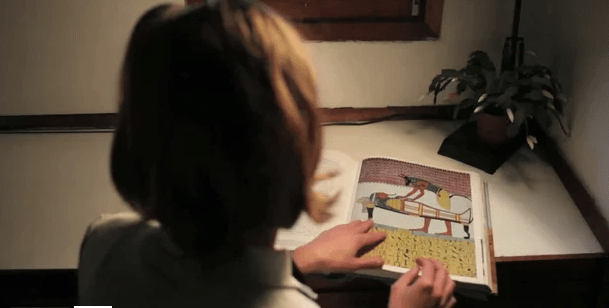 The Scale of Signs