Artist and musician, Cédrick Eymenier combines photography, video, collage, installations and screenings. A graduate of the École supérieure des Beaux-Arts Nîmes in 2001, he made his debut in 2002 with a series of films entitled Platform. Music occupies an essential place in his work, he invites many musicians to collaborate on his films (Fennesz, Vladislav Delay, Steve Roden…) that are shown in different contexts: cinema, architecture, experimental music and contemporary art.

The videos are shown at festivals (Musica Genera Szczecin, City of Architecture in Paris…), through exhibitions (Center for Cosmic Wonder Osaka, modernly Museet Stockholm, Barcelona Loop…) or specific programming (Centre Pompidou, Issue Project Room New York, Hong Kong Projects Cham…). If the Platform series is devoted to contemporary cityscapes, other videos deal with many different topics. Barely edited, they often reveal a series of sequence shots. Reflexion Bird: a bird looking at its image in a mirror, Mirissa a sequence from a big wheel, Event Horizon a fireworks shot from an extinct volcano. New projects The Answer and Kill Akropolis are underway and offer a new direction, a kind of attempt to set the architecture of memory as a film, based on anecdotes and coincidences.

The photographs have been widely exhibited in France (De leur Temps 4 in Nantes, Poggi Gallery in Paris, Toulouse Lieu Commun, l’Eté photographique Lectoure…). Cedrick develops the prints himself, adjusting color and light meticulously. Sometimes images are projected using the sound system of the projection device. In 2010, Editions Ordet dedicated to Cédrick a two-volume book that brings together a selection of photographs and texts by Jeff Rian, Yannick Haenel, Damon Krukowski, Gaëlle Obiégly… His work is published in magazines such as Exact Change (e-zine, Boston), OkFred / TooMuch (Tokyo), Correspondancia (Buenos Aires), Territorio (Milano), particularly in Purple magazines to which he has contributed since 1998 including the publication of Bellevue, Landscape photographs in 2000 with Richard Prince, Doug Aitken, Anders Edström… Photography is the medium with which the visual work began. Since 1995 a proposal is taking shape, in the field « street photography », except that the photographs of Cedrick Eymenier are mostly without human presence, as if to invite us to watch more carefully.

Curating an exhibition series entitled Esope reste ici et se repose (a famous French palindrome), presented in several places in France, this work-in-progress is the result of collaborations with musicians, artists and filmmakers. Le Son du Salagou festival of electronic and improvised music that he co-founded in 2012 with Markus Detmer (Staubgold record label) is a logical following to Esope exhibitions. 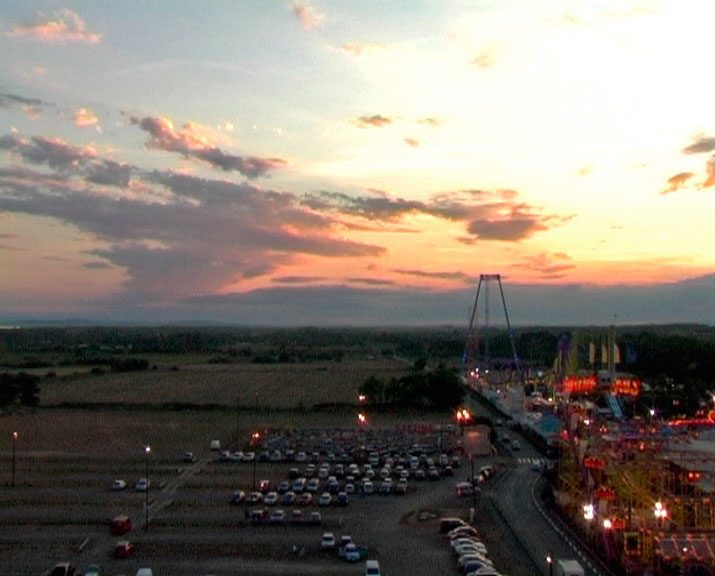