Brody Condon is an american artist based in Berlin. Condon’s work is best know for its influence on the re-purposing of existing pop cultural material (often computer and LARP games) to create performative situations, video, and sculpture.
Condon received his MFA from the University of California, San Diego in 2002. He participated in residencies at the Rijksakademie van Beeldende Kunsten in 2004 and the Skowhegan School of Painting and Sculpture in 2001.

Condon exhibited the collaborative computer game modification work ‘Waco Resurrection’ described as an attempt to “create documentary video games” with the c-Level collective at venues such as the Rotterdam Film Festival, the Yerba Buena Center for the Arts and the Kitchen in New York, and the early anti-war protest game modification “Velvet-Strike” with the artist Anne-Marie Schleiner most notably at the 2004 Whitney Biennial.

After 2004 Condon’s videos, game modifications, and sculptures began to be featured at galleries, cultural institutions, and event spaces internationally via solo and group exhibitions such as Pace Wildenstein Gallery in New York, the Stedelijk Museum Post CS and Museum Het Domein in the Netherlands, KW in Berlin, Machine Project in LA, Museum of Contemporary Art Tampa, and La Casa Encendida and Koldo Mitxelena in Spain.

Condon returned to performance in 2008 with unscripted and durational events using modified techniques from the Nordic progressive LARP scene and psychotherapeutic group encounters such as “Twentyfivefold Manifestation”, “Case” and “LevelFive”. He has recently presented performances and related video at venues such as Museum of Modern Art, the New Museum, PS1 Greater New York, and Performa 09 in New York, the Hammer Museu and LACMA in Los Angeles, and the Sonsbeek 2008 Public Sculpture exhibition in the Netherlands.

In 2015 he collaborated with Christine Borland on Circles of Focus, presented at CCA Glasgow 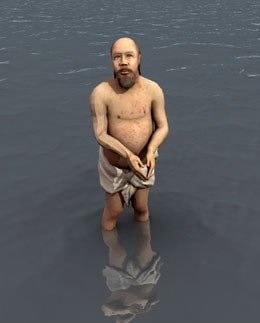