Al Fadhil was born in Iraq in November, 1954, but his birthday was officially registered as 1st January, 1955. He attended the Institute of Arts in Baghdad, from which he graduated in 1977. After completing his studies at the Accademia di Belle Arti in Florence, he began to practice as an artist at the beginning of the eighties. From the beginning of the nineties, he has been drawn towards social, political and economic themes, in the spirit of a new awareness of the communicative and political force of art. His research, developed through activities, projects and works, all opened to debate, in the direction of a ‘visual and textual testimony’, that leads the spectator towards a reflective state in which he also becomes participator, guided by points of reference that range from the artist’s private life and his cosmopolitan existence, to problems relating to his land of origin, to its social emergence, and the overriding sense of its impermanence. Al Fadhil’s work is characterized by the use of diverse media; he moves freely from the production of pictures and concrete objects, to installations, photographs, readings, video, and performance. 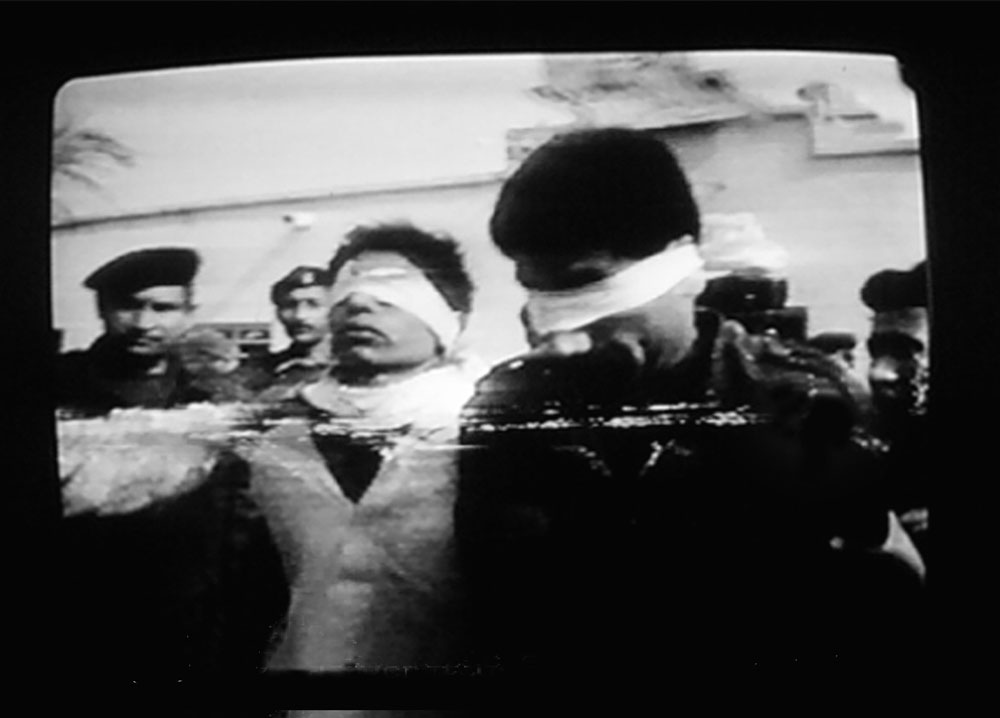