"Our age is an age of utopias. There are many of them: the American way of life, Communism, human rights..." With Yona Friedman (Utopies Réalisables, 1974) as a guide, Jordi Colomer introduces us to a city X, an imagined city where it is possible to rethink the way in which time and life are currently organised. He does this for the first time through the medium of a film essay, although his career has always been influenced by the presence of the urban question, the liberation of citizens and the idea of utopia (Las ciudades, 2002; Anarchitekton, 2002-2004; No Future, 2006; L’Avenir, 2011). X-Ville was produced with the collaboration of a group of students and the participation of the inhabitants of the city of Annecy. The production process transcends the logic of representation and has made it possible to build a real collective experience

This new piece of work is being used to open the first edition of the Videocreation Prize. Various institutions are collaborating, including the Xarxa de Centres d’Arts Visuals de Catalunya (Catalan Visual Arts Centres Network), Arts Santa Mònica and the Loop Barcelona Festival. What can you tell us about the trend towards collaboration that is becoming a more common possibility when looking at ways to proceed with projects? Is working collaboratively and working collectively the same thing?

It is the first time that there has been the idea of a collaborative production for a new video that will be presented in the Loop Festival. I think it’s something that is a current trend; it is not a coincidence that people making small efforts to make a larger impact coincides with a period of economic crisis.

How did the idea of making X-Ville come about? Does this imagined city represent the search for collective solutions?

The X-Ville project is quite a unique part of my career: on one hand, because of its duration, which is almost half an hour, and on the other hand, it is the first time that there is a voice-over that accompanies the images, made up of extracts from Yona Friedman’s texts. There is a small introduction from the text Utopies Réalisables (“There are many utopias, for example, the American dream, Communism and human rights”), but above all I took my inspiration from some comics that Friedman did in the Seventies and Eighties, (Manuels) that were translated into 20 languages and were diffused on photocopies or murals. Friedman stressed that they were available to be used in any way in order to spread ideas. Today, paradoxically, they are almost inaccessible, which gave me the idea of making a film to interpret his work, a short film, that has an almost television like format. I would like to see it as the pilot episode of a series of six to ten episodes, not just about Friedman, but about the idea of utopia, touching on different cases.

I chose one of the comics which is called Where the city begins (Oú commence la ville) which dates back to the Seventies. To a certain extent, the exercise consisted of experimenting with the film format to express ideas that have an openly didactic goal, but it was also an excuse to create a collective situation, where the actual shooting of the film was an open framework in which a group could participate in many ways.

Can you tell us a little bit about the work process itself and the experience with Annecy’s community and the students of the art school (École Supérieure d’Art de l’Agglomération d’Annecy) that participated in the film?

The project was carried out as a workshop that lasted two weeks. The first week centred on becoming familiar with Yona Friedman’s work and contextualising it, and focused, above all, on reading and debating his texts. The second week consisted of the filming, where the students did all of the tasks: acting, making the set or dealing with the sound. The important elements that would come into play were also decided. As I said, there was a first stage that centred on theoretical discussion and a second, completely practical stage that centred on the collective construction of the cinematic area, which in reality was an area for representation. During this process though, whilst we were discussing Friedman’s ideas and, at the same time, moving boxes and vegetables from one place to another, the collective moment was coming into being, literally constructing X-Ville. On the other hand, the workshop was open to all citizens that wished to participate in the shooting and be part of X-Ville; there were posters on the streets advertising the opportunity to participate.

What was your role in the process?

I tried to bring Friedman’s schematic drawings, which are almost diagrams, to life, interpret them, and inspired by them, create open, lively situations. In the end, everything becomes images, so I had to concentrate specifically on the construction of images.

Yona Friedman often uses indigenous materials for his constructions, as was the case with the Museum of Simple Technology in Madràs (India). In your case, what was the methodology that you used to build X-Ville?

I was lucky enough to meet Yona Friedman before starting the project. Friedman insisted, above all, on improvisation as a working method. I felt very identified with that. Using Friedman’s drawings as a basis, we improvised using very basic things: cardboard boxes, lettuces, determined areas and a group of people. There was no shooting plan; instead there was something that was being built, day by day.
For example, you can literally see in the scene where the shanty town is constructed that it was completely improvised, using auto-constructive logic and materials that we found on site: an old military warehouse.

You told me that the first part of the workshop in Annecy consisted of reading texts by Yona Friedman. Could you tell us a bit about which debates arose from the readings and which ideas came about?

Friedman states that a utopia takes two generations to be made into a reality, starting from the moment in which it is imagined. This provoked a lot of discussion, but to a certain extent we realised that interest itself in Friedman and generally in a certain ideology from the Seventies corresponded to these two generations.

You have already tackled the idea of utopia in other pieces of work, for example L’Avenir (2011), which suggests a necessity to imagine futures when faced with the apocalyptic scene that current reality is pushing us towards. Can you tell us a bit about that?

Without utopia it is impossible to imagine the future. There is –I think– at this moment, a new surge of interest in revisiting historical utopias. In L’Avenir, reference was made to a concrete utopia: Fourier’s phalansteries. But again, it was an excuse to create a collective situation, which was filming itself. Fourier talked about an alternative organisation of work, in which you changed activity at least five times every day. I thought that was very interesting.

Indeed, the idea of “the organisation of work” often appears in utopian literature as a fundamental concept when thinking about a future city.

Fourier suggested a very delusional system that worked like a cosmic watch: at 5.25am you have to get up to go to pick strawberries, after an hour you have to go to the library, after that you go to watch the birds and then after that there is a passionate meeting… I think that one must reject the idea that utopias are something that do not have anything to do with reality; on the contrary: they criticise our labour division system. In Oú commence la ville, Yona Friedman talks about the fact that there is also a division between the city and the countryside; food arrives at the city in a completely artificial manner: the people in the city work to earn money and buy food. He indicates that there is an extreme divide between these two worlds, perhaps surmountable and necessary because the big cities subsist.

It is also true that the new, neo-liberal way of organising work tries, in a way, to incorporate these ideas, perhaps in a perverse way, using what is known as multitasking…

At the moment capitalism has the capacity to swallow up almost everything, which does not mean, I suppose, that utopias must necessarily be planned from outside capitalism. There is also the idea that states that utopia is constructed in an “outside”, an exterior, “another” area. The Fourierists suggested creating a new society outside the city, in that “other” place. In that sense, I think that Friedman is interesting because he raises the idea of transforming cities that exist and changing our behaviour without having to create new cities.

Yona Friedman was convinced that a utopia could be possible, but in order to achieve this, one needed to flee from universalist intentions and immerse oneself in microcontexts. What does Jordi Colomer think about that?

Yona Friedman’s ideas can be criticised, and that is exactly what this is about: trying to address this through the medium of images, words, situations… to get that critical distance. What I mean is that above all, Yona Friedman’s ideas should be a motive to reflect. We are not talking about supporting his way of thinking.

Even so, the micro community idea is very interesting. Small groups auto-organise themselves to create a larger framework. You can see – I insist – a parallel with the way itself in which the video recording was organised.

Finally, I would like to ask you about the political scene we find ourselves immersed in, which could not be more devastating: hit hard by the whims of brutal capitalism, lost in the desert of government policies; it seems impossible to be able to imagine a promising future. I would like to ask you if you could try to draw a sort of uchronia.

Since we’re talking here on la Rambla, Barcelona… I remember in the years after Franco’s death, at Canaletes there were people in circles talking that were discussing possible worlds, how people wanted society to be organised, ideas… There were the famous Libertarian Days at Park Güell which brought together around 200,000 people; autoconstructions were built, like there were in Plaça Catalunya when the indignant movement took place there… What could have happened? Instead of suffering bipartisan dichotomy, the people could have organised themselves when the dictator died. Today, without a doubt, we would be in another phase. But we’ve still got time. There are a lot of dissatisfied people… therefore, utopia is possible.
Barcelona, June 2015. 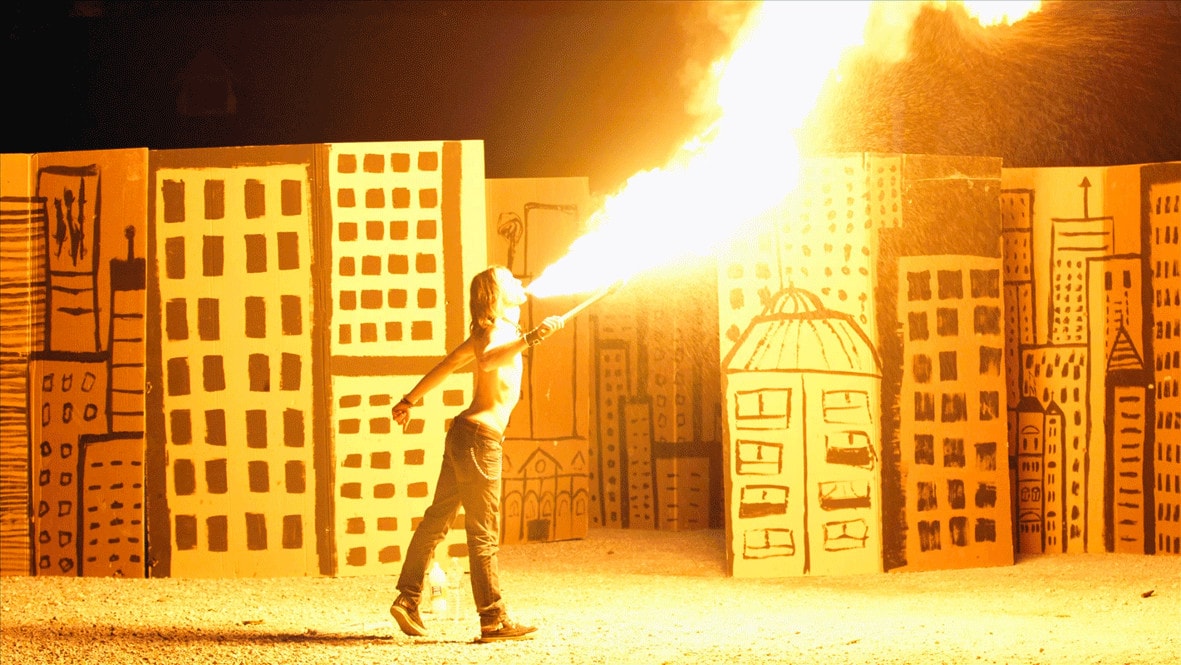 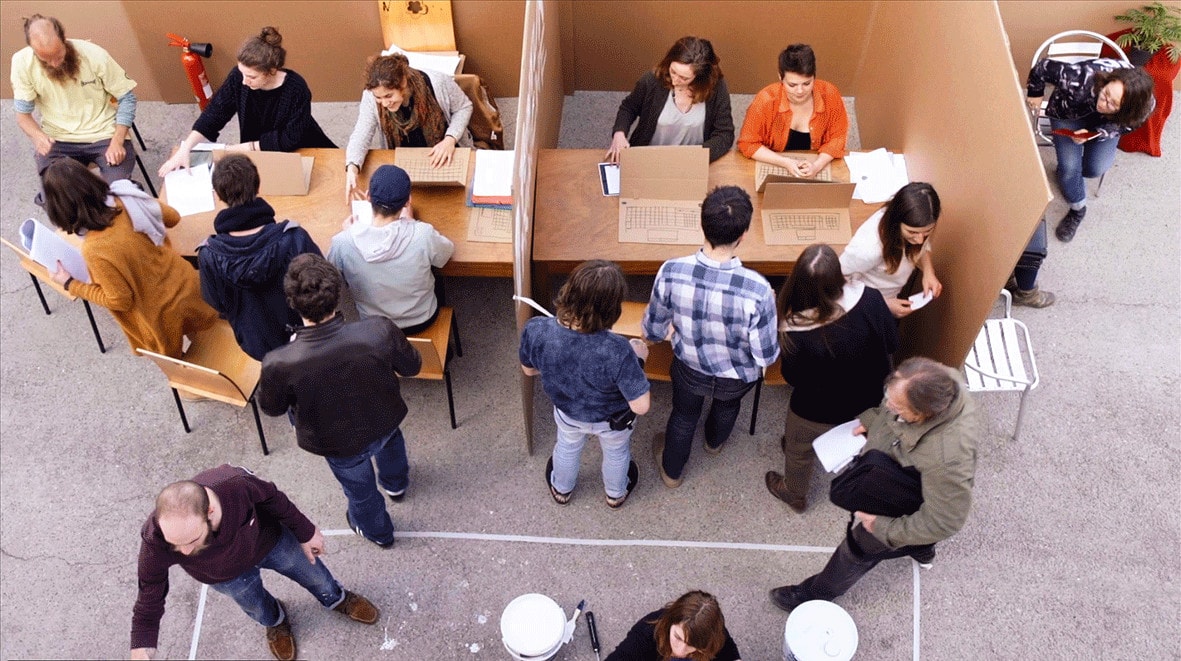 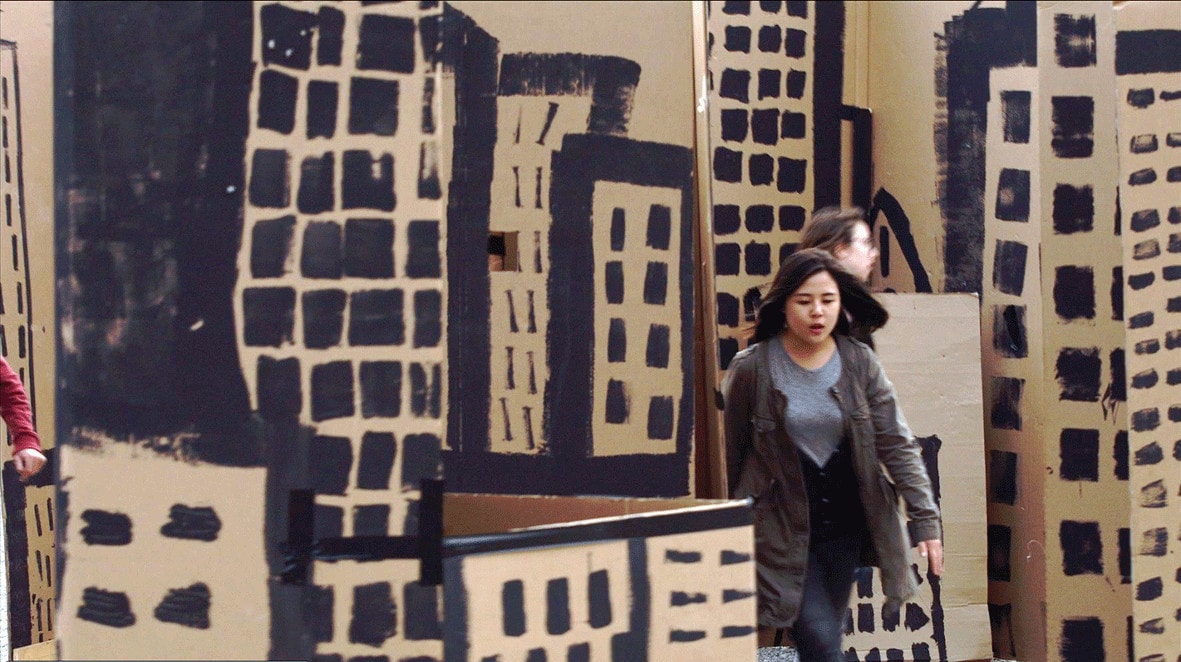 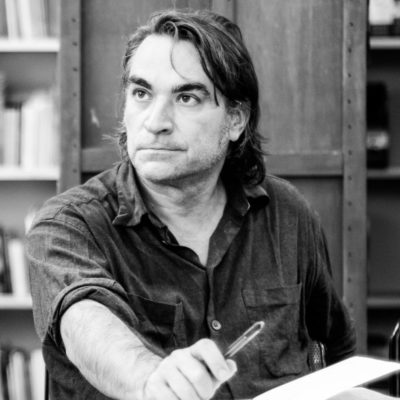