Once Upon a Time

Filmed in France and Canada, in the boreal forests of the Morvan mountains and Ontario, Once Upon a Time tells the terrifying story of mechanical felling.

Filmed in France and Canada, in the boreal forests of the Morvan mountains and Ontario, Once Upon a Time tells the terrifying story of mechanical felling. Gathered by “the ogre” (tree feller), the trees are subject to a repetitive hypnotic choreography: in less than a minute, the trunks are felled and “swallowed” by the mandibles of a mechanical arm, plucked off their branches, their bark and then cut to pieces: methodical procedure, maximum profit. Void of human presence, the close-up of the shot and the edited speed accentuate the dehumanization of an expeditious deforestation. Inspired by the Brothers Grimm tales, Tania Mouraud went into the boreal forest of Canada and two forests of France to film the forest industry and different machines linked to the wood industry. The choreography of the moving images, the visual rhythms and the richness of colours provoke a deep emotional impact. The machines look like voracious monsters and bring back memories of the mythical figure of the ogre.

With the Support of the Romanian Cultural Institute 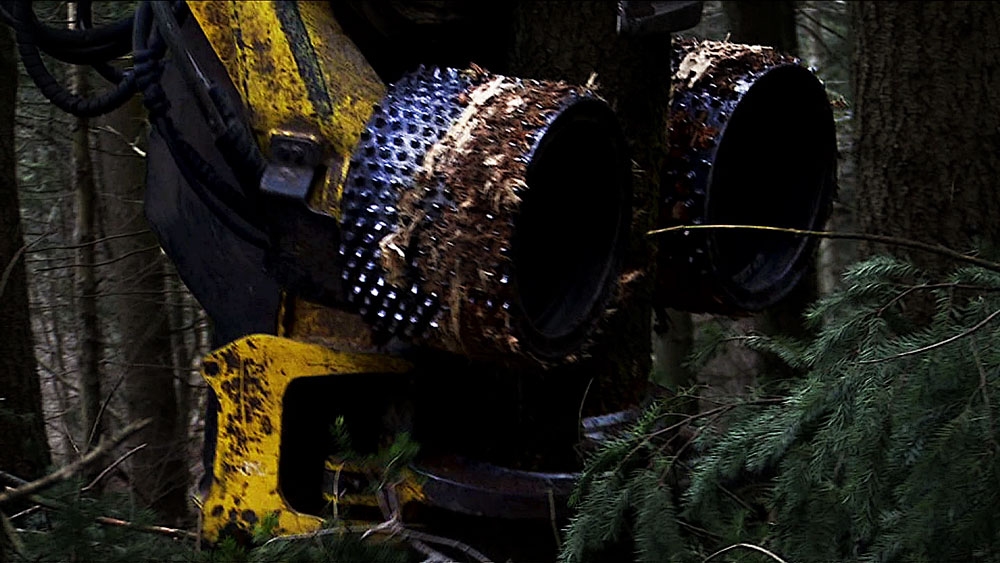 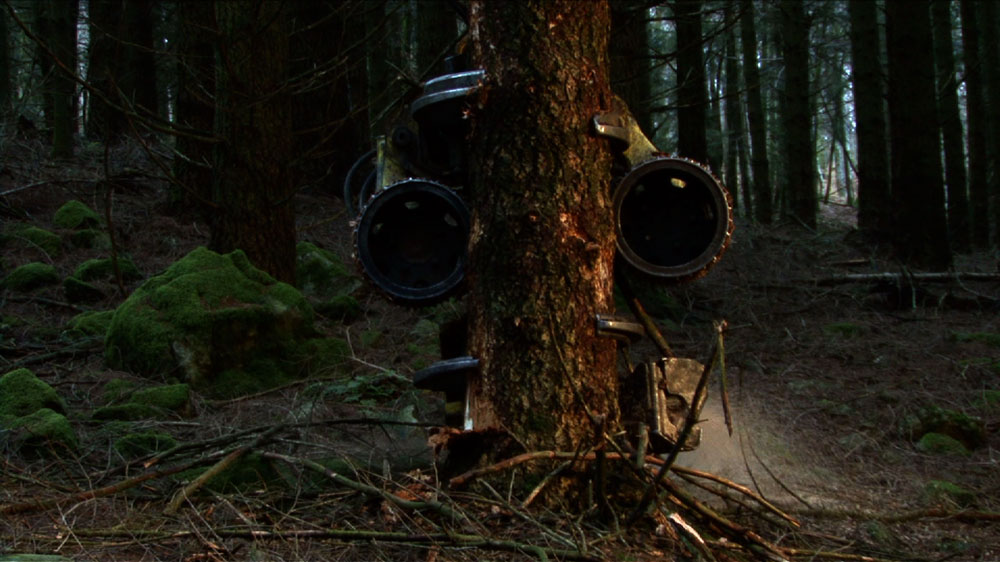 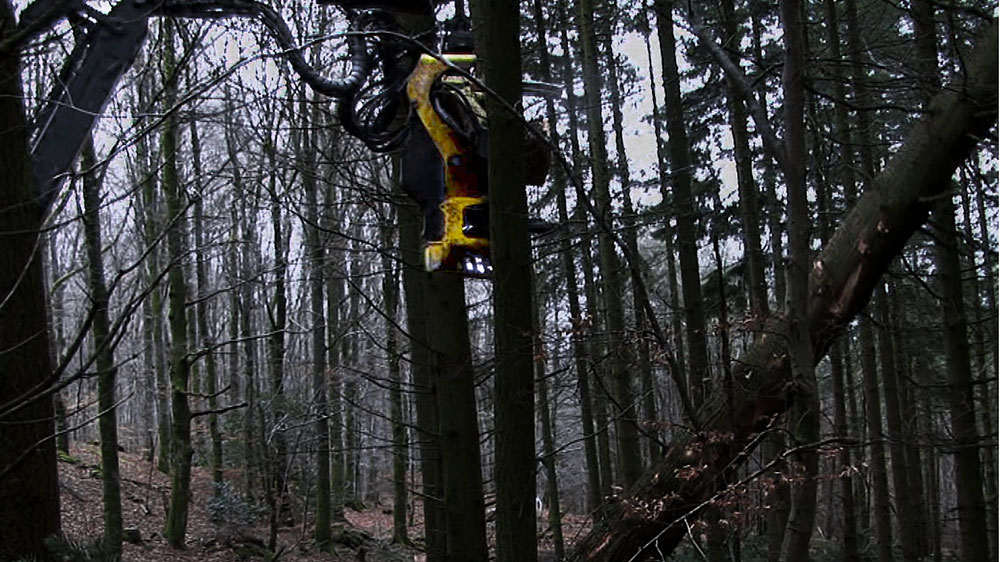 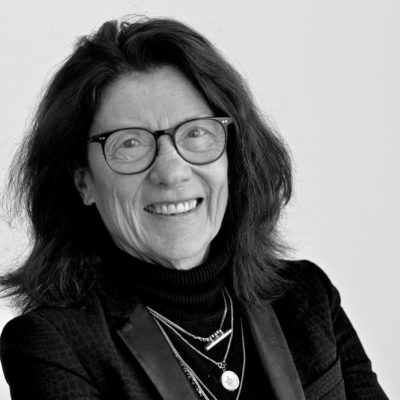 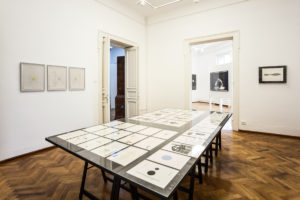