Close-up on beauty spots on a woman’s body melt with shots from Nasa missions on Saturn. The similarity between one beauty spot and the Planet is increased by a voice reading an excerpt by Michel Foucault about the preponderance of “Resemblance” during the Middle-Age and Renaissance.

“That which is bellow is like that which is above & that which is above is like that which is below.” The second verse of the Tabula Smaragdina, alchemic code par excellence, undulates into La prose du monde #10 (les signatures), (Prose of the World #10. The signs). This filmic proposal stands on a voice over reading an excerpt of The Order of Things, in which Michel Foucault precisely describes the crucial part of the notion of “Resemblance” in the European culture, during the Middle-Age and the Renaissance. By successive close-up shots, the camera wanders over a woman’s body, lingering over the beauty spots that sign it. Through this chaos, the voluptuous cinematographic eye drives out a first formal similarity: a mole doubled by a ring, flanked by a smaller one. The image of the body is dispelled by another; a triumphing Saturn borrowed, like the following, from the sequences that NASA brought back from its different missions to Saturn. When the coincidence upsurges, an aria from Vivaldi’s Juditha Triumphans overrides the reader’s voice, establishing a poetic regime in which logos withers.The second part of the video no longer separates these two kinds of sequences, through coming and going, superimposing cinematographic images purposefully shot, and reappropriation of scientific archives, to which is added an expanded extract of Tarkovsky’s Stalker. The philosophical prose softens into a poetical state of intermingling dialectic with music: a body reflecting in its denseness the shapes of the universe, and in turn, a cosmos presented as an infinite skin. 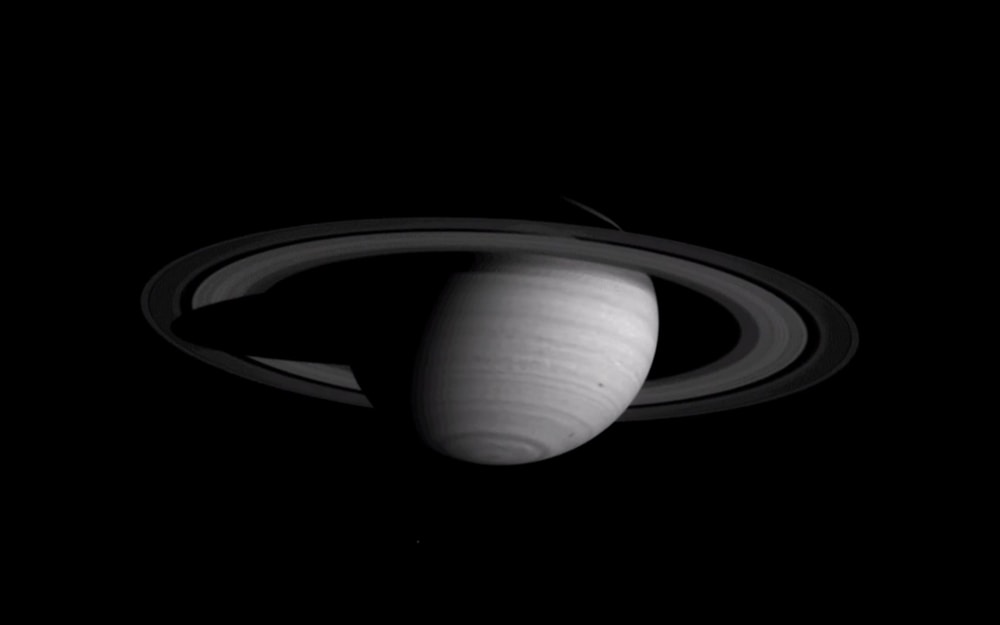 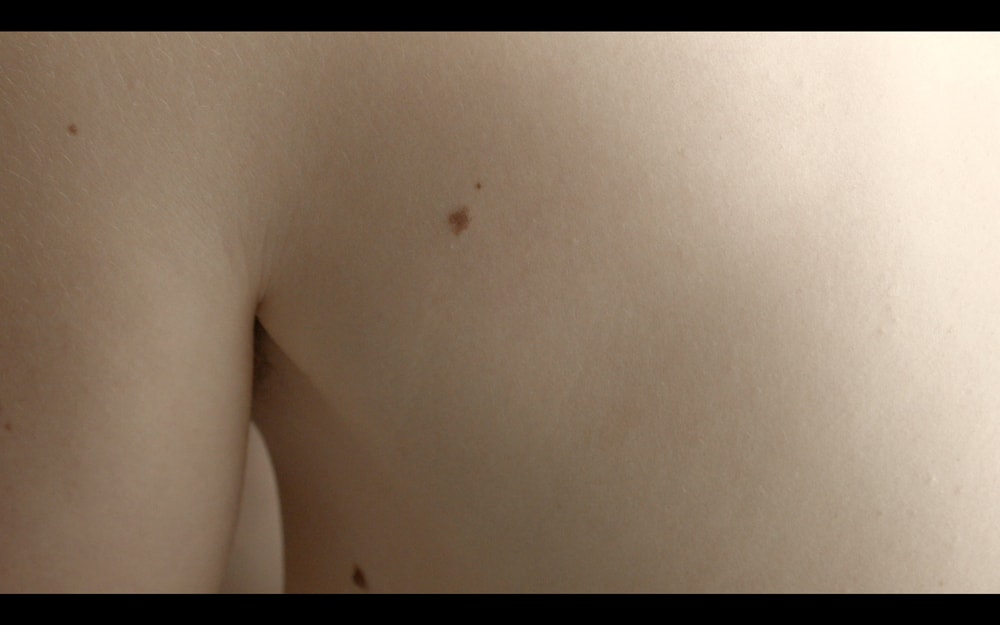