A wall, a garage door, a courtyard… the action is heard before it is seen, the game kicks off – a football ball strikes into the door and jumps back behind the camera, another shoot for goal, another stain on the garage door… Shoot after shoot the door (the goal) becomes already a canvas where the unseen player, as an offstage character of an ancient Greek tragedy, is performing his play (painting) and with its every action exploiting the audience’s tendency to create visual images of imaginary characters and situations in their mind, where one can recognize itself as a child, alone in its courtyard, playing with a ball and dreaming about something great. Kick Off is inspired by Braila’s childhood memories, when he would go back home from school and play alone until his friends would come out in the evening and play football together. 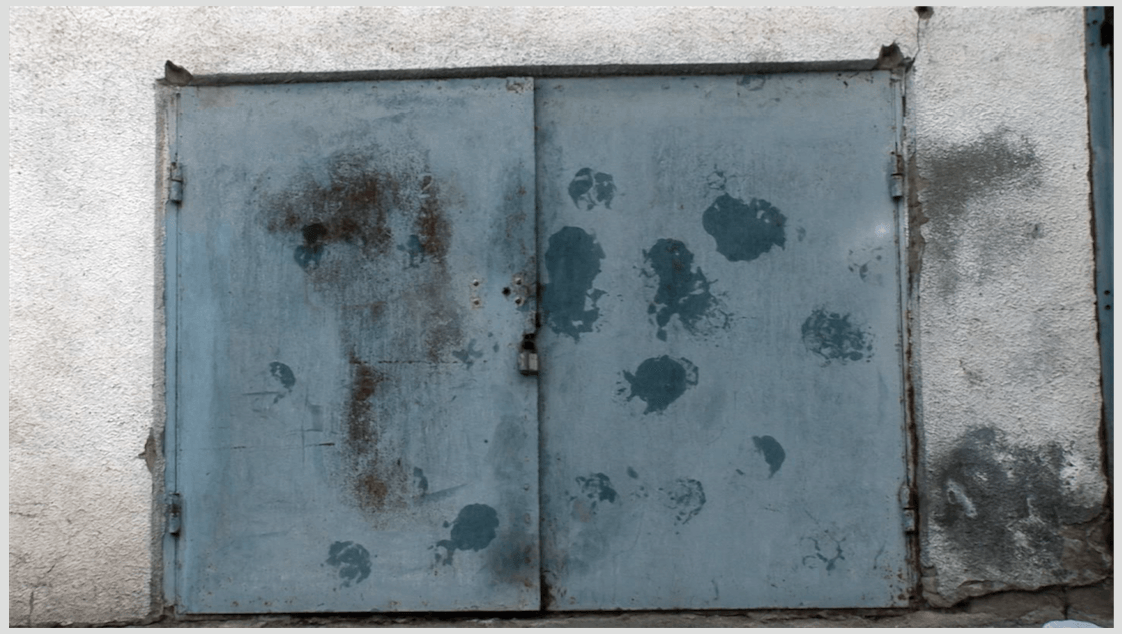