Point of departure for Tao Hui’s two-channel video work Double Talk is the story of a dead actor. Yet, as multiple levels of narrative and analysis are interwoven—a recurrent theme of Hui’s practice—the work draws in the viewer to engage both with the story and the process in which it is told. Presented side-by-side, one video depicts a figure, accompanied by journalists with microphones and cameras, visiting a number of sites: a hospital, a restaurant, an urban site and a stage. From his narration we learn he is an actor who has died and now is re-visiting significant places of his life. The other video depicts a classroom situation: in a darkened room a teacher and his students are simultaneously watching the film of the actor on a monitor. The teacher’s occasional analyses suggest he is teaching media studies. In effect, the spectator of Double Talk becomes both a student in the class and part of the group of paparazzi journalists following the actor. In an additional complication, the actor is speaking about his death, thus making him a ghostly figure and questioning the images we see on yet another level: are we to believe in ghosts? 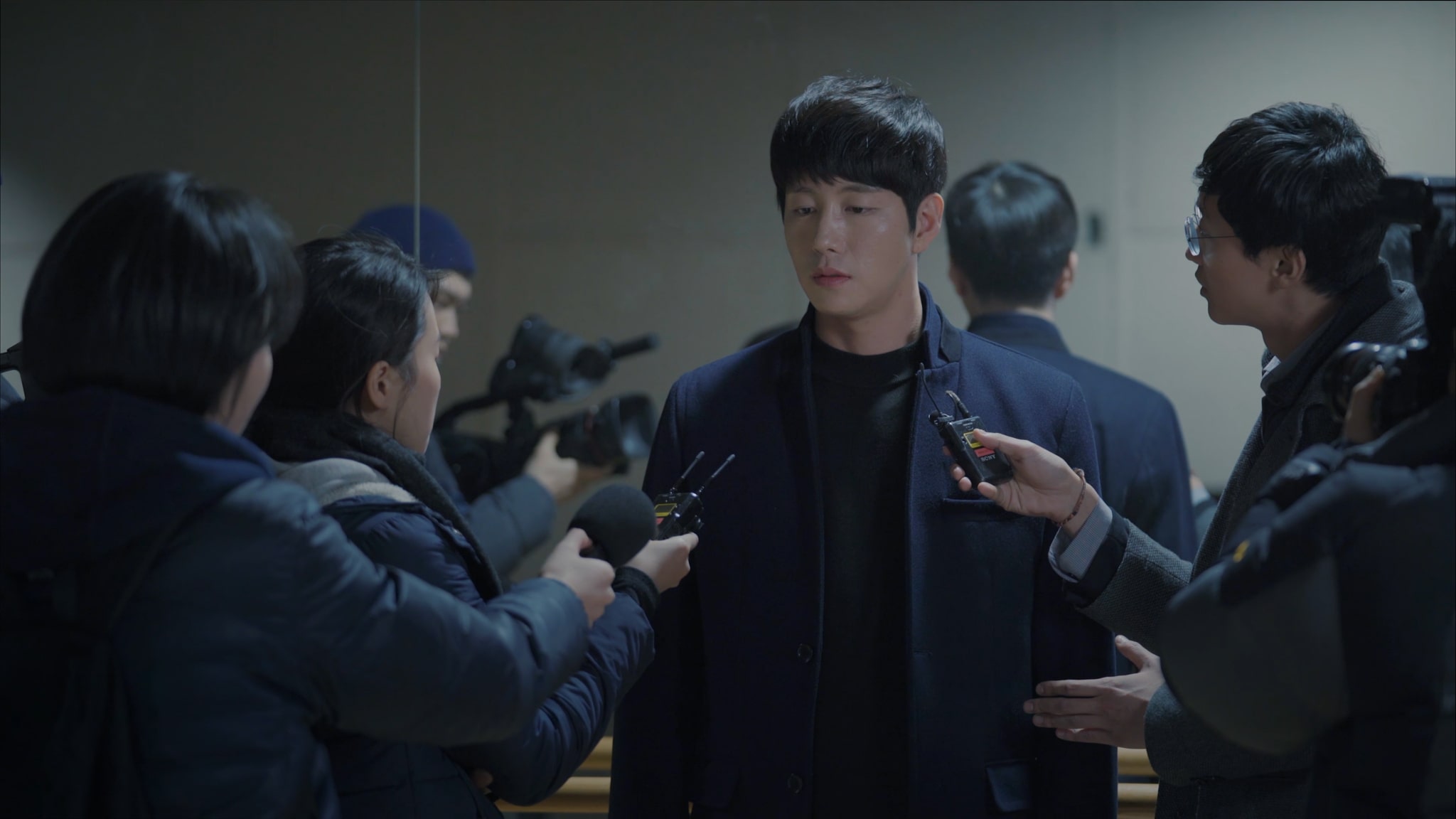 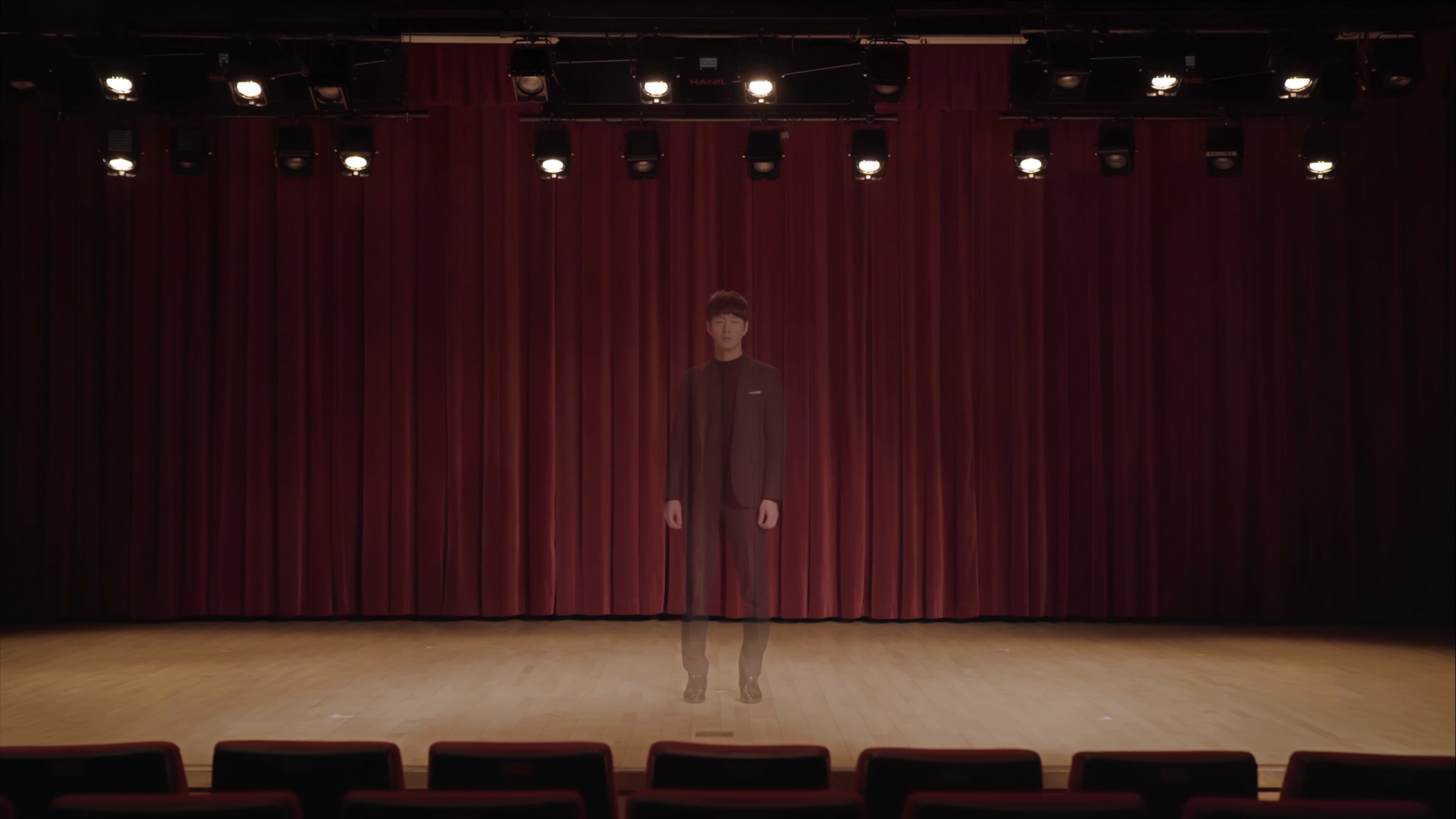 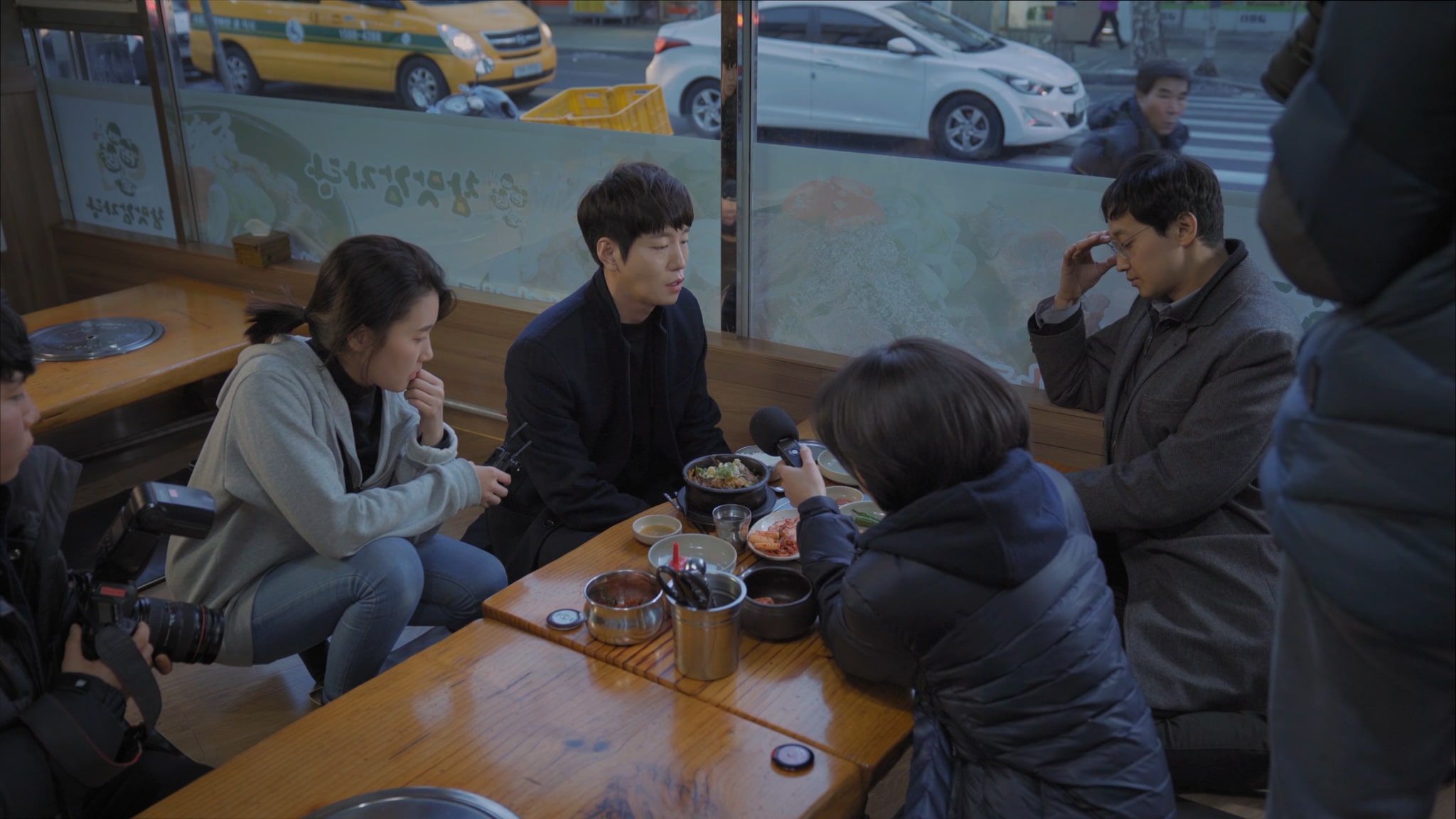 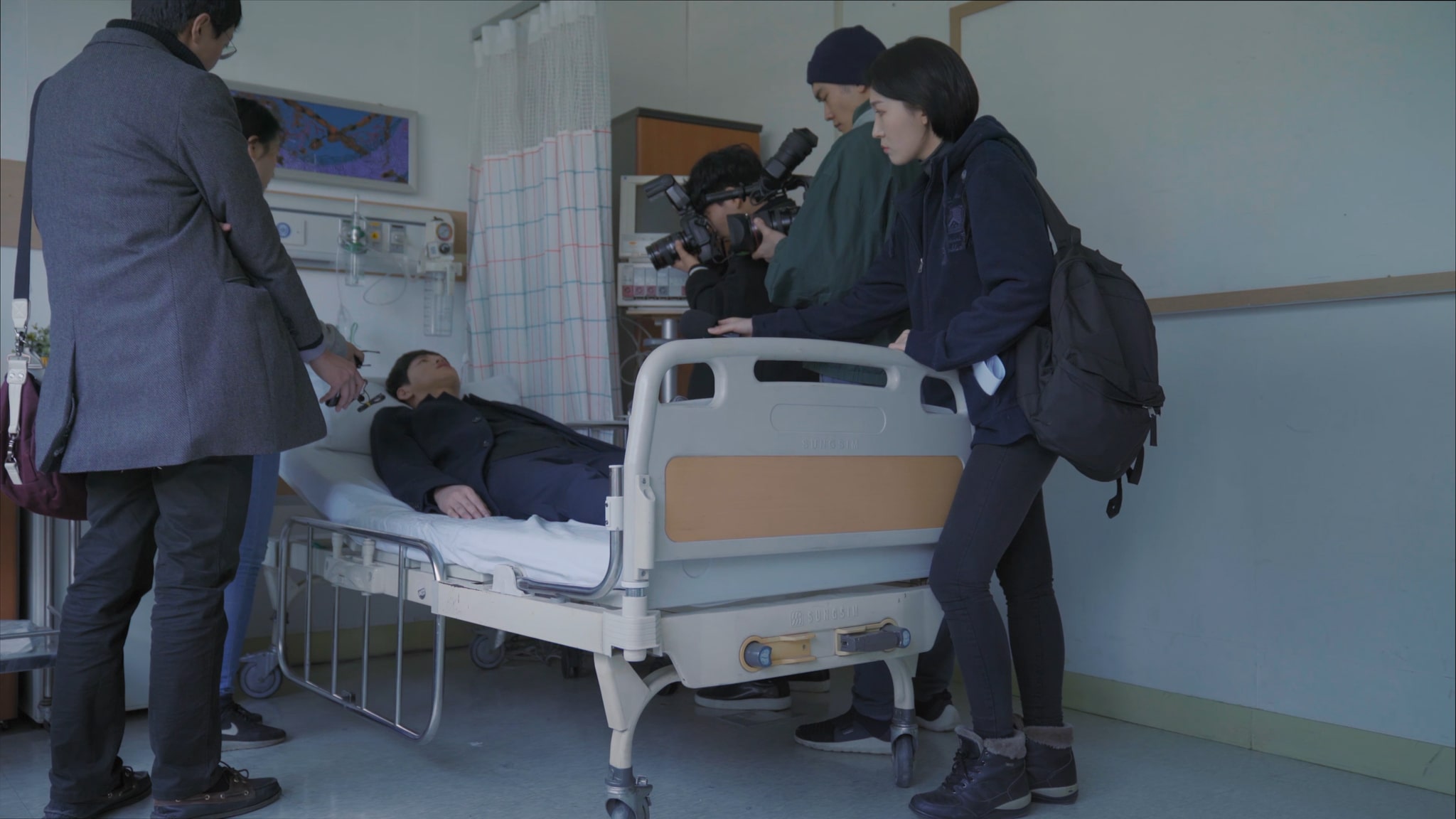 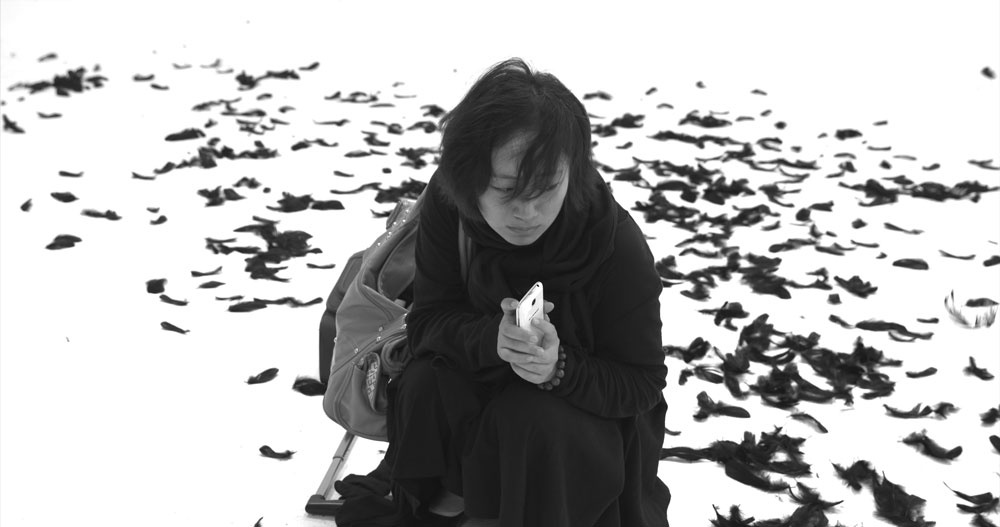 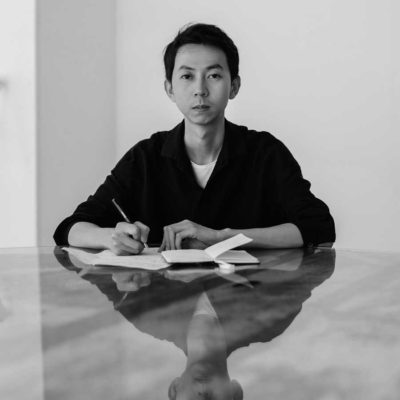 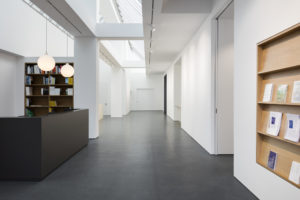