Complex Systems displays a digitally drawn flock of starlings, scattering throughout the sky in a loop of ever-changing patterns. Themes such as the fragility of being, impermanence and the dichotomy between the individual and the collective, form the conceptual ground of inquiry. The title of the film is adopted from the scientific field of network research, which employs the term to define the complex interactions between different components of the same group. The shapes assumed by the birds are proven to be the result of a defense mechanism system: in order to avoid attack by predators, a singular starling keeps track of seven others simultaneously – in doing so, the starling is able to adapt to the changing flying directions of the entire flock, thus keeping the collective intact. The dichotomy between the individual and the collective is at the core of Dolron’s interest in this natural phenomenon. Complex Systems investigates the relation between singular and shared intelligence, prompting questions concerning humanity, the psyche and the possible presence of a collective unconscious. The link to the human psyche is emphasized by the cyclic character of the film; Dolron underlines the full turn of life in which the starlings function as a metaphor. Their movements change from an initial drive to a final, slow fall; the murmuration happens in an eternal loop that symbolizes the cycle of life and its fragility. The movements of the starlings, combined with the pivotal soundtrack of murmuring voices that intensify and fade according to the flock’s movements, alludes to the human mind in a state of constant flux. 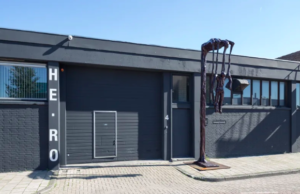