A mountain range on the horizon separates the cloudy sky from the dusty desert soil of the El Mirage Dry Lake, with the sounds of a distant roar. The gaze shows a detail of the Californian Mojave landscape, whose static panorama forms the referential and material background for Circular Inscription. In a performative tracing of a vehicle´s path, Lukas Marxt initiates and documents in his cinematic work, the process of inscription that gives the film its title: a seemingly unmanned white car rolls into the image and begins to spin in eccentric rounds in the middle of the dried out lake. The vehicle draws its circles uniformly, from inside to outside, the squealing of the tires continuously rising. In doing so, the tire tracks furrow spiral-shaped in the desert surface, leaving behind marks in the soil of this culturally imbued landscape, a favourite shooting site for Hollywood films, a popular venue for car races, and a site tightly bound to the art-historical movement, Land Art.
Circular Inscription positions itself as homage to the Land Art of the 1960s and 1970s, and produces in the process an ambivalent reproduction of tire tracks, which on the screen, ultimately take on the monumentality of the oversized Earth Works. Remaining behind in the landscape is the image of a temporary sign, a spiral, like Robert Smithson´s Spiral Jetty, or a circle, like the ones Michael Heizer carved in the El Mirage Dry Lake nearly half-century before as Circular Surface. 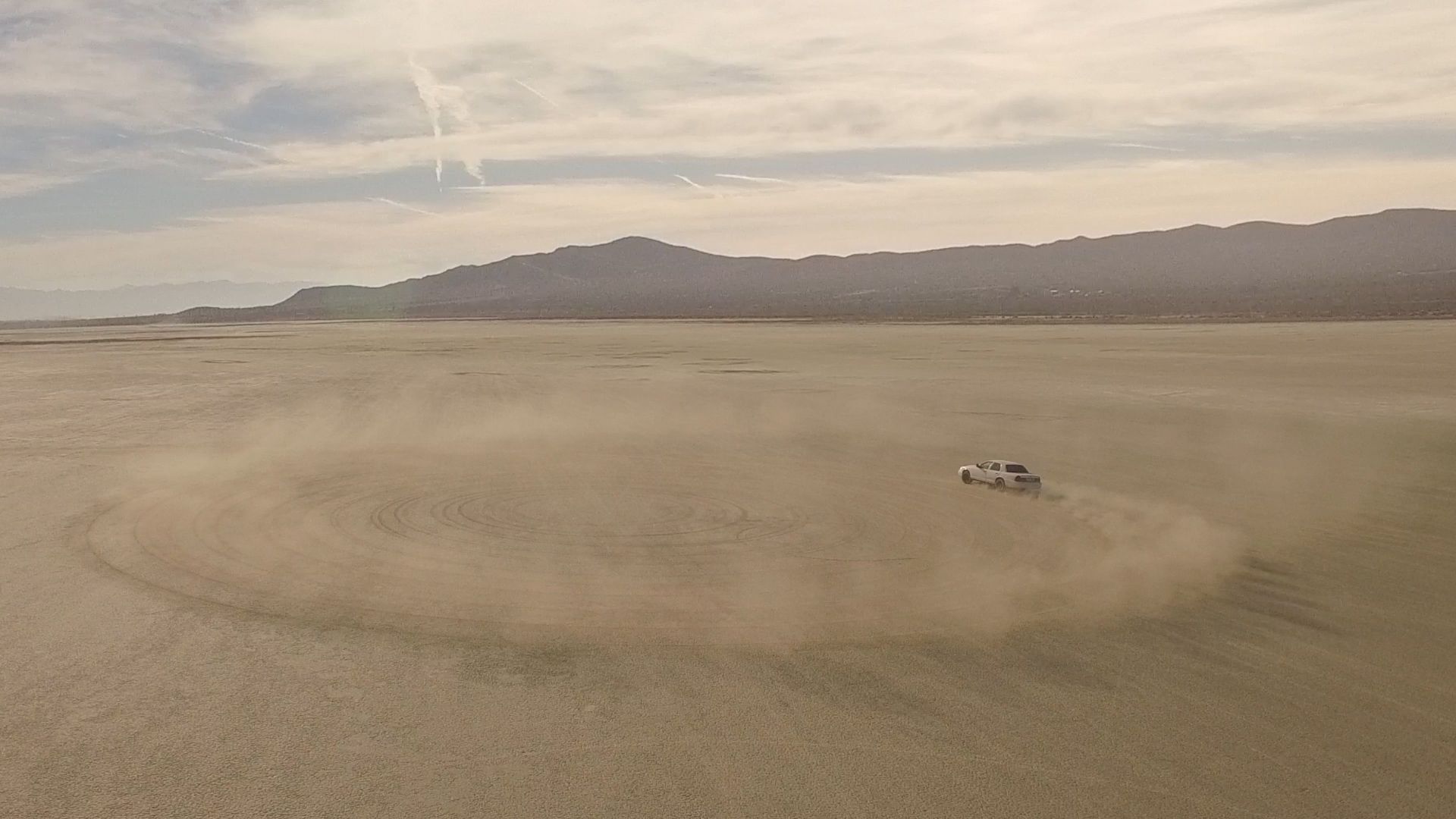 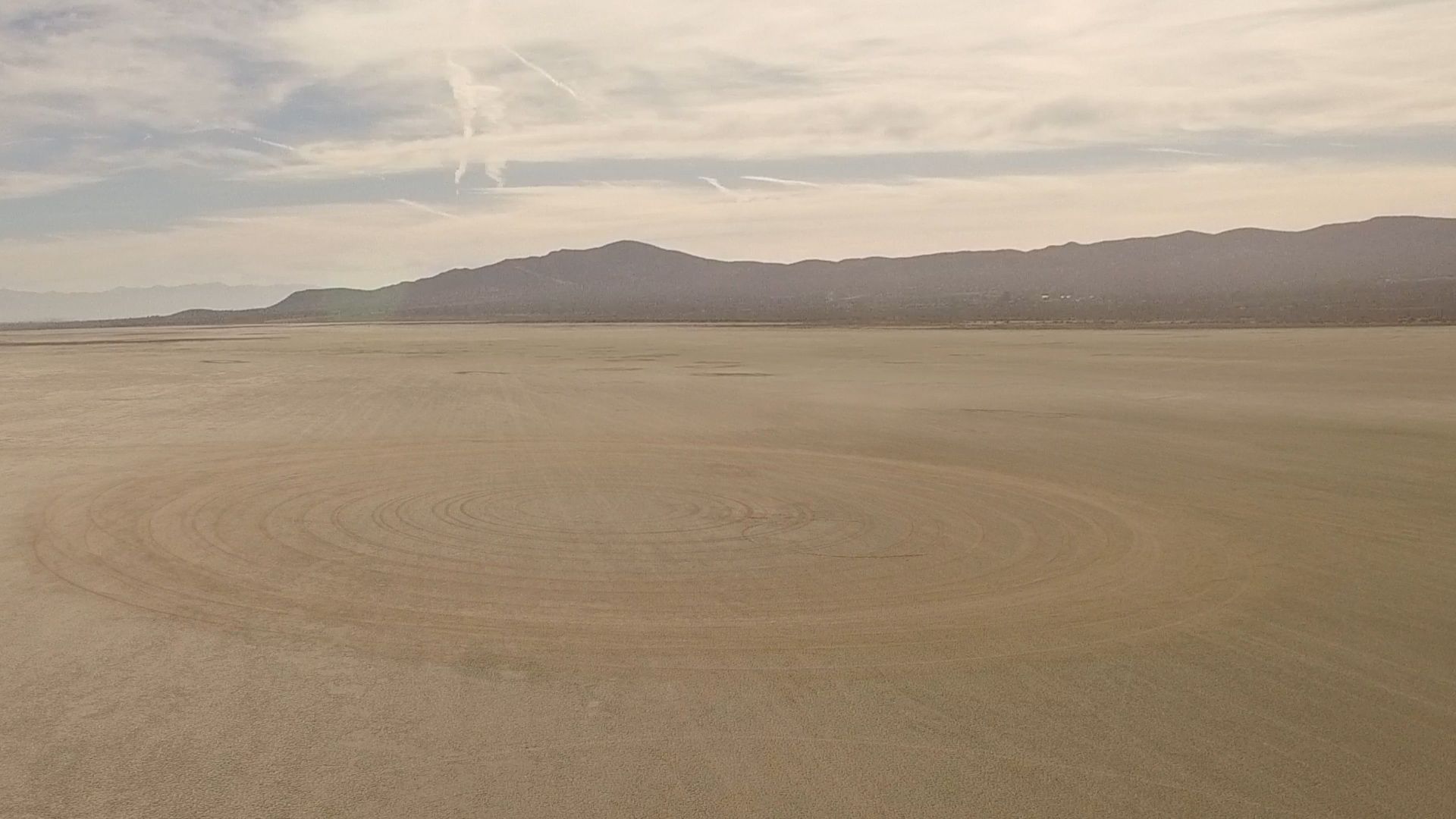 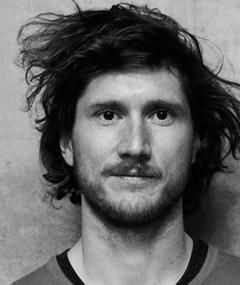 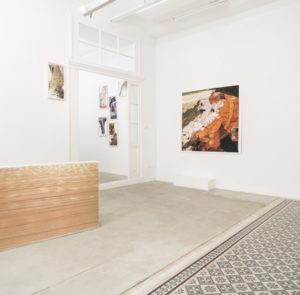