Run!! For The Present

Run!! For The Present is presented in six chapters – each distinct a film or narrative. Run!! For The Present installs fear or paranoia of escape from something, but it is also potentially emboldening, a call to action in the here and now. A stampede of animated naked legs move past as if we were in the dirt, an abstract field of view hovers and the camera rises high above until an Icarus type free-fall. Two figures travel through a dark landscape while the sky is littered with cosmic structures. The numerals that head each chapter create an end narrative of their own, turning into a kind of landscape that seems to be counting its own version of time. Recurring imagery of a surface of dots reminiscent of Polke’s spot paintings appears in many scenes. The soundtrack, recorded by the artist, relocates the viewer within the image, switching between warm serenity to nightclub panic. A brief sample of ‘Three’ by Prince’s jazz-fusion band Madhouse begins the film as a kind of sensuous but shrill warm up. 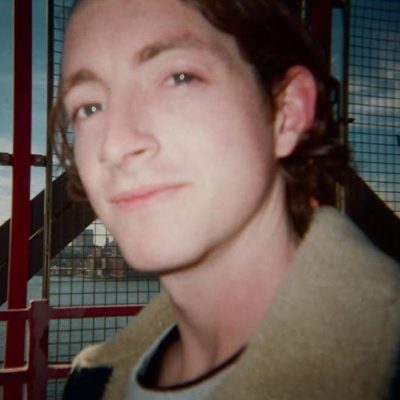 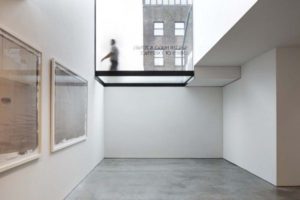