In the words of Kristin Scheving…

Why now? The Vasulka Chamber and the importance of a legacy

On October 16th, 2014 the National Gallery of Iceland formally opened a new museum department, the Vasulka Chamber, in collaboration with the artists Steina and Woody Vasulka. In the last decade, the electronic and digital arts have been widely discussed within the National Gallery of Iceland and it has become apparent that what is strongly needed is more academic and professional research around electronic and digital art.

It is difficult to imagine how it is to donate decade worth of research, documents, original artwork, sketchbooks, catalogues, printed books, invitations, photographs, and more. This is what Steina and Woody have recently done. The Vasulka Chamber currently holds a large part of their heritage and is working at the moment to file all of these documents and put them into electronic form so that scholars and other people interested in the history of electronic and digital art can take advantage of and enjoy it in the near future. Along with the registration and dissemination of materials from the studio of Steina and Woody, the Vasulka Chamber also works to build international partnerships with similar institutions around the world. The Vasulka Chamber is now working on preparations for the collection of information about video art and other electronic works that have been made in Iceland. In addition to continued promotion of these activities, the Chamber holds seminars, workshops, guided tours, exhibitions and more on a regular basis. The Vasulka Chamber is situated in the ground floor of the National Gallery of Iceland and is open to the public. There is a good selection of video works by Steina and Woody Vasulka on permanent display as well as interviews and documentaries about their careers.

I have always been fascinated by Steina and Woody ever since I discovered their work even though in the beginning I didn’t always understand it.  We’ve known each other since – we think – 1972.  I sensed what they were doing was something important before I could articular what it was. That’s usually the way it works with art.  My instinct – or intuition – told me that this was important.  Very important, key.

Little by little I realized that it was because they were creating a world which I would come to inhabit, a world which was of my time and my concerns.  Their work was a manifestation of the profound changes that were happening and continue to happen and that manifestation was fully expressed as art.

In one of my articles I describe art as an expression of the exploration of the interface between an individual and his or her environment.  It is an attempt to look beyond the material manifestation of what is out there confronting us to discover more about who we are.  It is the on-going manifestation of the creative force of life itself and while not divorced from other ways of knowing, it is a fundamental way of understanding coming from a different source within us and inextricably linked to our survival.

Steina and Woody were exploring the new environment, the technological environment in which we would be living more and more.  Video art was the bridge between the artistic expression of experimental cinema and the world of electronic and eventually information technologies.  Those tools would become our interface with the environment and effect how we interact with it.  They were there first.  They help us understand that that interface had a language and they helped invent it – a machine language, digital language.  Woody even made a dictionary for it.

And that is not all they invented.  Video installations, a digital video synthesizer, the first video art space – the Kitchen…In the Arts Electronica show in 1992, Woody developed a bar code for online material to supplement the catalogue anticipating the web and for the Media Study Buffalo show at the ZKM, I think, they reinvented the museum.  Together we’re now trying to continue to reinvent the museum for our new world of art and a new way of showing their work.

They also created a way of working together through their own generosity, curiosity and willingness to collaborate with a broad range of people and disciplines.  I am profoundly pleased that a new generation has discovered them and understands their importance.  Without them it would be a little more difficult to understand where we are today. 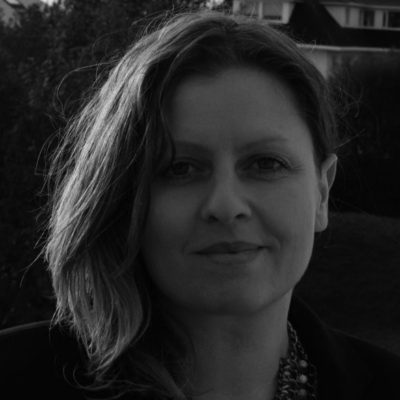 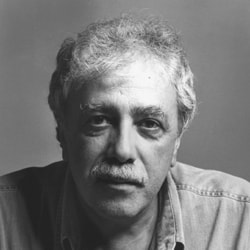 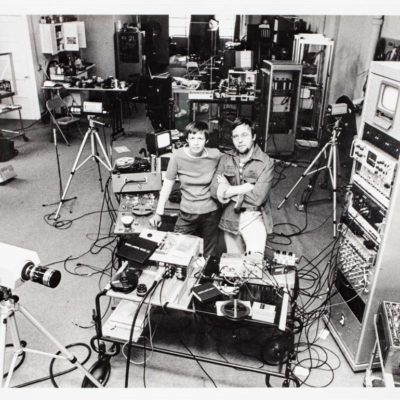