Daniela Zyman is chief curator and artistic director of Thyssen-Bornemisza Art Contemporary (TBA21), a private foundation established in Vienna by Francesca Thyssen-Bornemisza in 2002. The organization’s multi-tier mission is to commission, collect, and present the best of contemporary art through an ambitious program of exhibitions and events and to pursue urgent social, political, and ecological issues, especially since 2011 via its oceanic research platform TBA21–Academy. Since 2018, TBA21 collaborates with the Museo Nacional Thyssen-Bornemisza in Madrid on a 4-years exhibitions program. Daniela joined TBA21 in 2003 and has played an instrumental role in shaping its exhibition and commissions program.
Between 1995 and 2001 Daniela was chief curator of the MAK – Austrian Museum of Applied Arts / Contemporary Art in Vienna, which included the founding and programming of the MAK Center for Art and Architecture in Los Angeles. From 2000 to 2003 she worked as the artistic director of the Künstlerhaus, Vienna and as director of A9 Forum Transeuropa, a program of Q21 in Vienna’s Museumquartier.
Daniela holds an MA in Art History from the University of Vienna and an MFA from New York’s Columbia University. She has taught at the University of Applied Arts in Vienna, frequently authors essays for art catalogues and magazines, and is a critical voice in Austria’s burgeoning arts community. 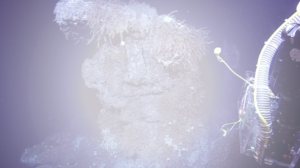