Chang Li-Ren (b. 1983, Taichung) graduated from the Graduate Institute of Plastic Arts in Tainan National University of the Arts in 2011 and currently lives and works in Tainan, Taiwan. Chang’s body of work mainly consists of video installations, conceptual art and animations created from his story-telling techniques, featuring a virtual world that exists somewhere between imagination and reality. 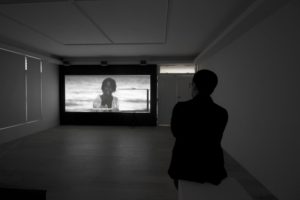