Janis Rafa lives and works in Amsterdam and Athens. She completed her education in Fine Art (2002-2012) at the University of Leeds with a Doctoral on video art practice and she was a resident at the Rijksakademie (2013-2014). Her body of work spans from experimental-documentary practices, to the video-essay, archival footage and most recently cinematic narratives and medium length films in the video installation environment. Her work has been exhibited at EYE Film Institute, Amsterdam (2016), Palazzo Strozzi, Florence (2015), 56th Venice Biennale (parallel event, 2015), International Film Festival Rotterdam (2015), State Museum of Contemporary Art, Thessaloniki (2011) and Thessaloniki Biennial (2009), among others. 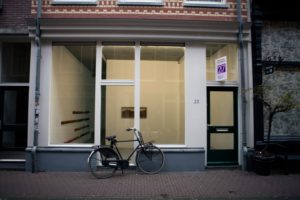