The local residents of East Jerusalem are seen crossing the camera on their way to the local office of Interior and Labor Affairs. Through the places and sounds remaining outside the frame, the work is charged with a socio-political context.

Everyday Ceremonies is a development of Ickowicz’s concern with questions of local space, conflict, culture, and history. The video project was filmed between the East Jerusalem neighborhoods of Wadi Joz and Sheikh Jarrah, and though the specific location remains unidentified, its landscape characteristics would be familiar to local viewers. The local residents are seen crossing across the static camera’s field in a seemingly “no-man’s land”. Through the places and sounds which are outside the viewer’s access, outside the frame, the work is charged with a socio-political context. Viewers are invited to observe the work on two levels – that of an encounter with a familiar landscape and the enigmatic action unfolding within it. The full meaning of their journey is revealed by the concealed destination: the local office of Interior and Labor Affairs. The simple act of walking back and forth thus speaks to their complicated situation in relation to nation, religion, geography and authority. The work consists of 80 minutes running time, during which no specific action is repeated, and the camera’s perspective remains static. However, the motivating impulse behind the work is based on the loop, in the sense that the figures’ journey is repetitive and in effect endless. The long running time of the piece purposefully subverts the exhibition convention of the loop and maintains the long, real-life duration of these daily events. 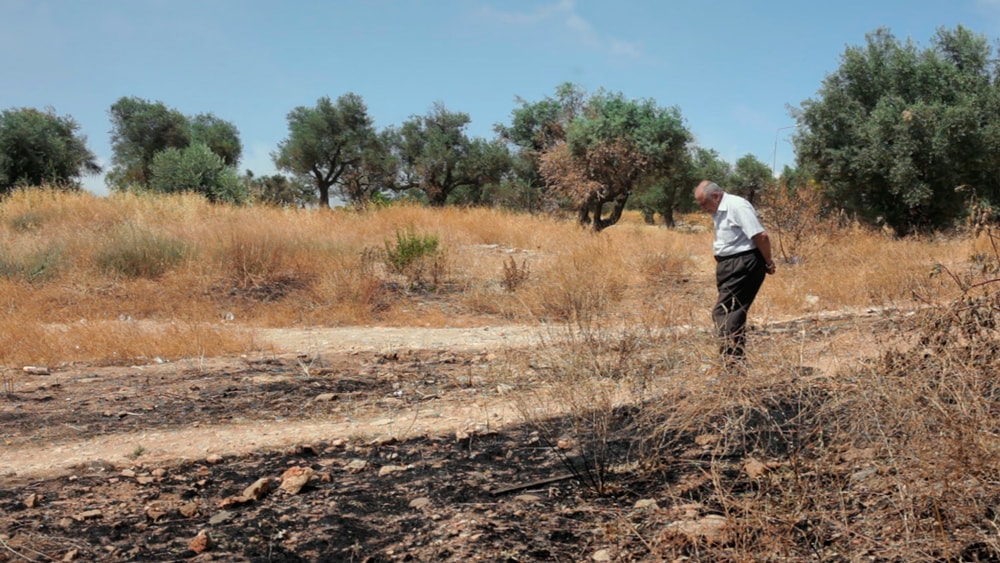 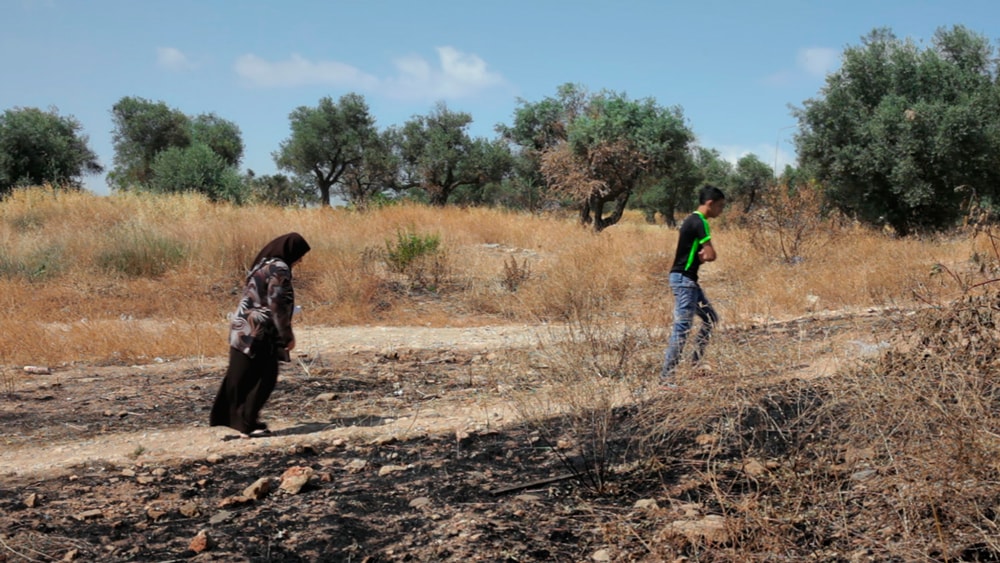 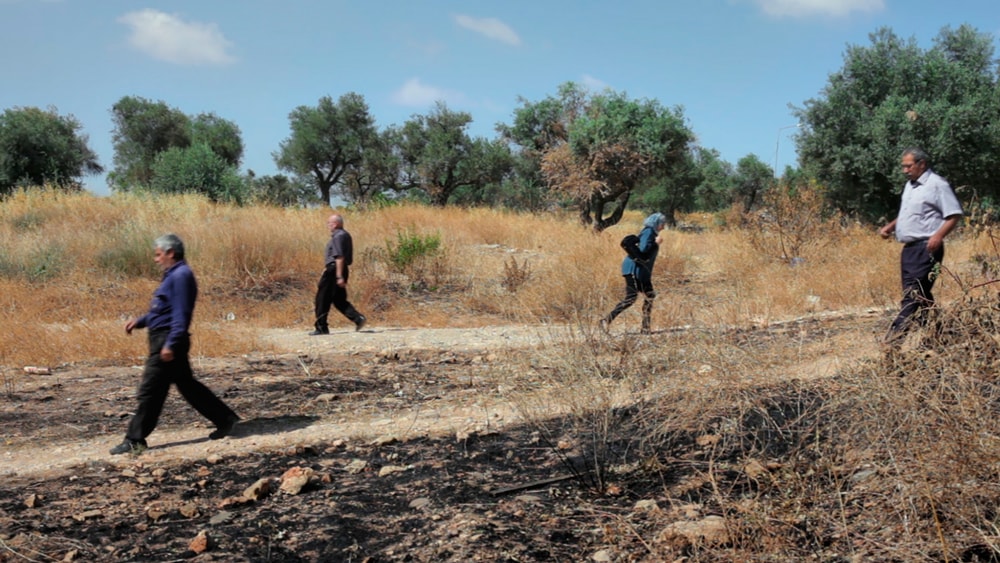 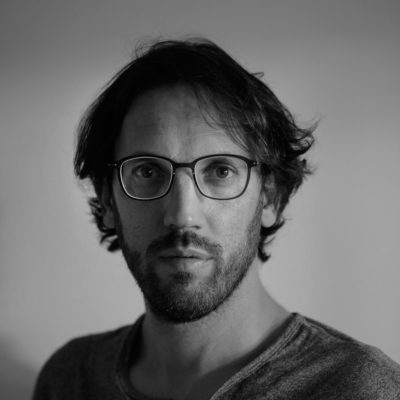 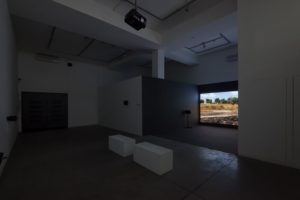